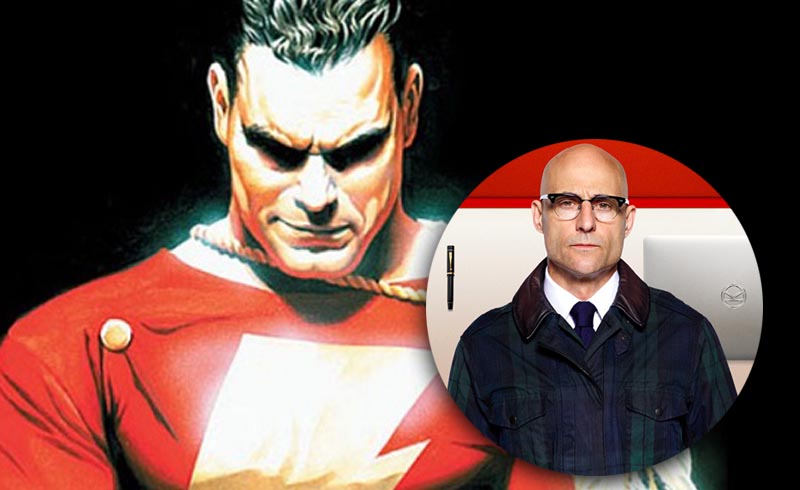 Mark Strong may have been the only saving grace of 2011’s Green Lantern, but now he’s back as a different villain for the DCEU, Doctor Sivana. We have yet to get any official looks for the characters of Shazam!, but we now have a set video that pits Strong’s Sivana against Zachary Levi’s Captain Marvel.

Excited to see Mark Strong as Dr Sivana in #Shazam (even if it is in a BTS long shot from the Toronto set) pic.twitter.com/PaZ8S6Pe0N

We don’t know yet the extent of Sivana’s powers in the movie, but any comic book movie fan knows that Mark Strong can play one intimidating villain. I just have my fingers crossed that he actually survives the end of the movie. For one, I don’t want to see a child murder someone, and I also want to see more comic book villains survive more than one movie.

The Shazam! movie promises to be a more light-hearted romp compared to other DCEU installments, and some are even going so far as to call it the first DCEU comedy film. I’m already excited for the film, but I think the hype will be at an all-time high once we get our first trailer for the movie.

After the DCEU shakeup, it seems that Shazam! was the only project that went along smoothly; well, that and Wonder Woman 2. Let’s hope 2019 will be a more merciful year to Warner Bros and the DCEU.