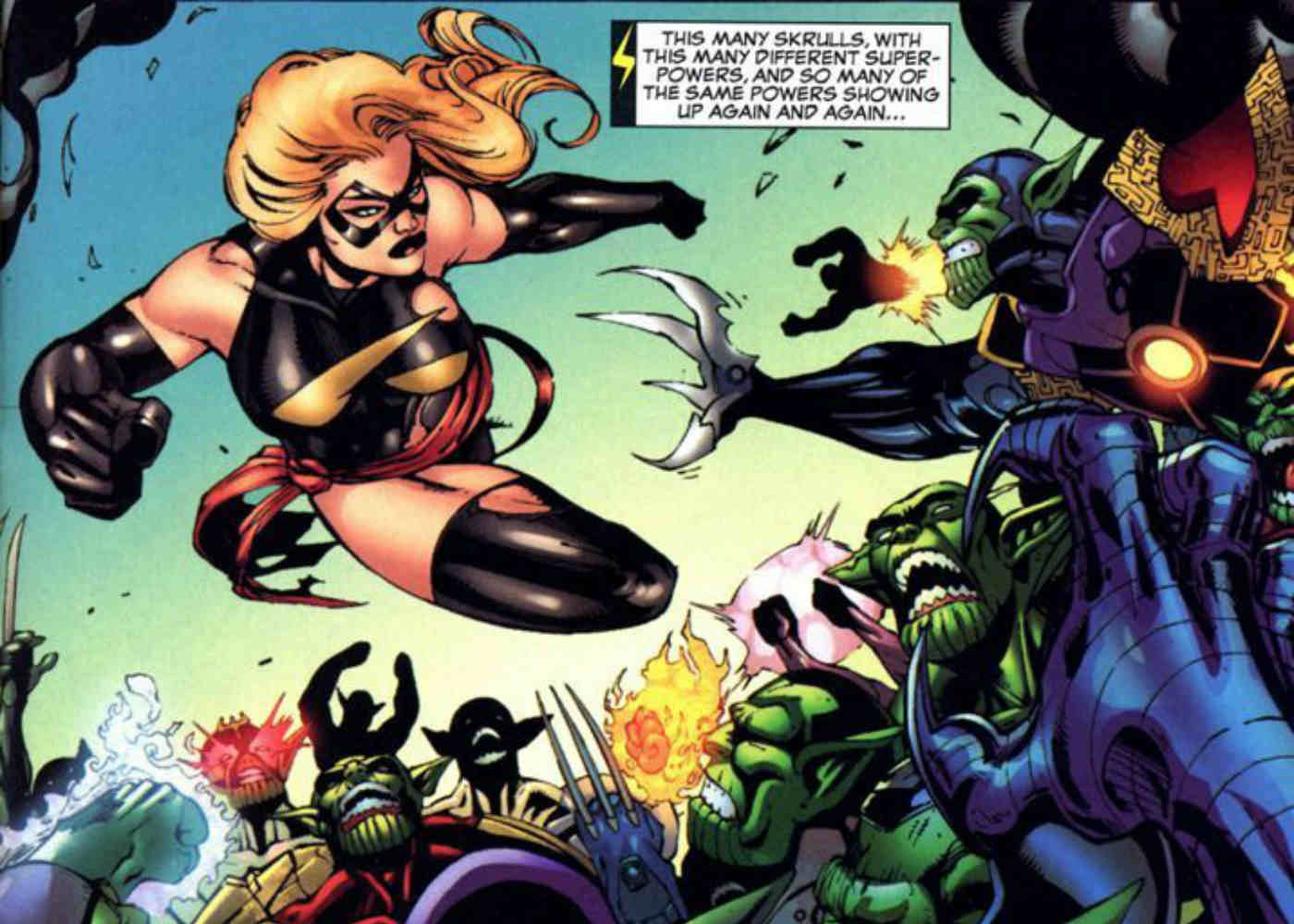 This weekend at San Diego Comic-Con Marvel Studios were pulling out all the stops for those in attendance. They showed a new trailer for Thor: Ragnorok, Black Panther and Avengers: Infinity War (the latter two trailers have not yet been released publicly) and also held a panel for their upcoming Captain Marvel movie. A year ago, at last year’s SDCC Brie Larson was announced as Carol Danvers and now we’ve got more information about the storyline and the supporting cast.

Kevin Feige announced in Hall H that Captain Marvel would take place pre-Iron Man in the 1990s and would also feature a younger, two-eyed Nick Fury. It was also stated that Samuel L. Jackson will reprise his role as the head of S.H.I.E.L.D. With Marvel’s prepencity for digitally de-ageing major MCU players, it’s safe to assume that this is the approach they’ll take to the character. The 1990s setting also indicates that Captain Marvel will appear in Avengers: Infinity War fully-formed and having already gone through her origin story (similar to Wonder Woman’s appearance in Batman v Superman: Dawn of Justice).

We also have the announcement of the villains of the film; the Skrulls. Last year, Guardians of the Galaxy director James Gunn stated via Twitter that while certain Skrulls were owned by 20th Century Fox due to their affiliation with the Fantastic Four, the Skrulls as a collective are co-owned by Fox and Marvel/Disney. The shape-shifting alien race have been involved in some of the biggest Marvel Comics stories of all time including the “Secret Invasion” series where the Avengers were infiltrated by Skrulls resulting in massive paranoia and conflict within the Marvel Universe.

Concept Art was also shown in Hall H with some dedicated fans managing to snap pictures and release them via Twitter. The art shows Captain Marvel’s comic-accurate costume, designs of the Skrull and an action-shot of the Captain fighting off a small army of them.

Captain Marvel stars Academy Award Winner Brie Larson and Samuel L. Jackson, is directed by Mississippi Grind duo Anna Boden and Ryan Fleck and written by Nicole Perlman (Guardians of the Galaxy) and Meg LeFauve (Inside Out). Captain Marvel will be released in March 2019 after Avengers: Infinity War in May 2018 and Ant-Man and the Wasp in July 2018.