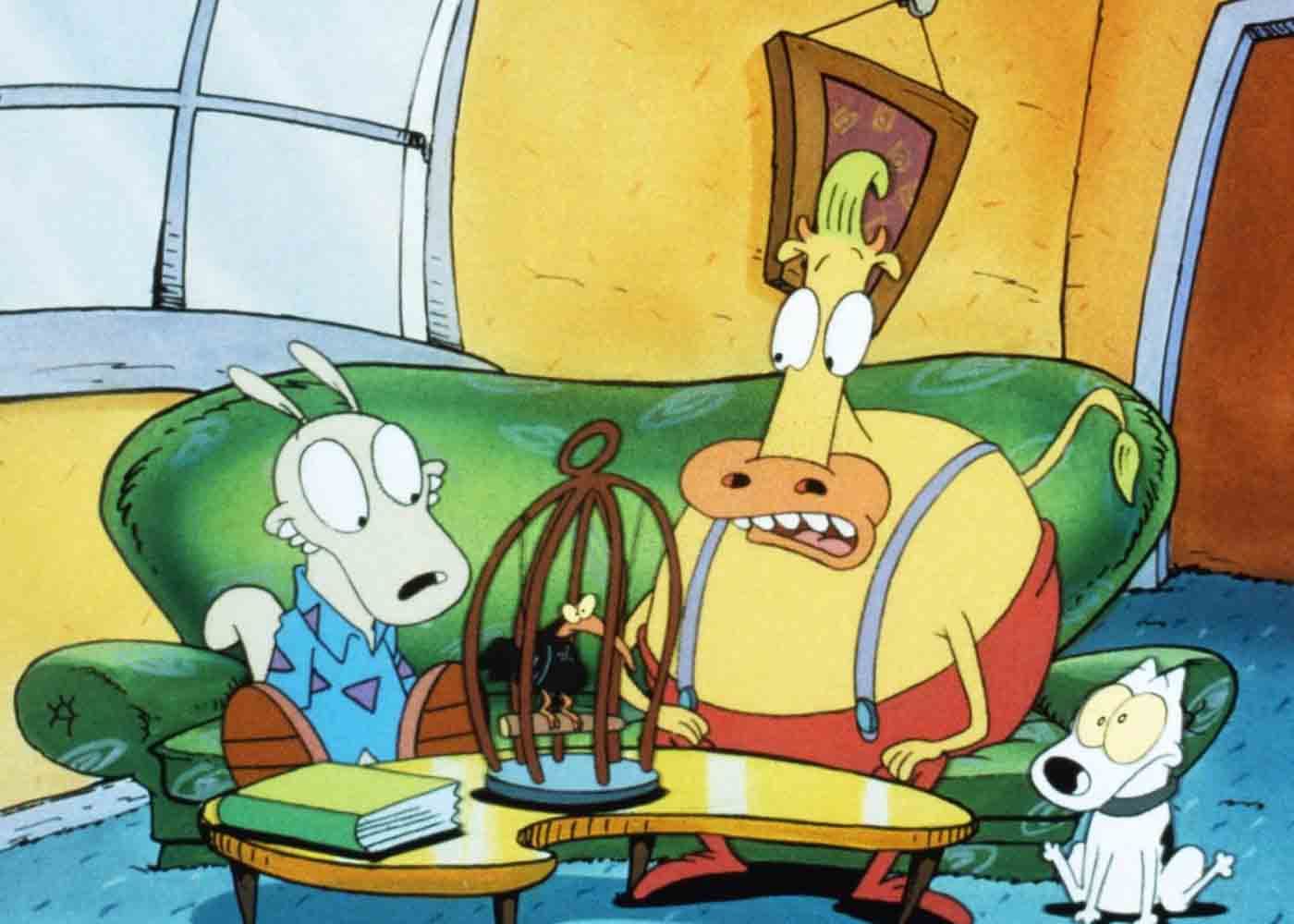 There are numerous Nickelodeon reboots in the works at the moment. Another Hey Arnold! movie is in the works, and there’s even going to be the return of Invader Zim. However, there’s another Nickelodeon reboot on the way, and it looks like it’s going to be the most meta movie of the bunch. At this year’s Comic-Con, the network unveiled some new footage from Rocko’s Modern Life: Static Cling that will be coming out sometime in 2018. Check it out below:

One thing from this footage is clear: this movie is going to have a lot to say about modern pop culture. It seems as though Rocko’s Modern Life: Static Cling will be skewering everything from how frequently people need to update their iPhones to how people will basically pour radioactive chemicals down their throats in the form of energy drinks. It looks like the spirit of the original series is perfectly intact with this preview.

Rocko’s Modern Life: Static Cling brings back a lot of the original cast and crew. Creator of the series, Joe Murray, returns along with director, Cosmo Segurson. Much of the original cast, including Tom Kenny, Carlos Alazraqui, Charlie Adler, and Doug Lawrence, also return.

The premise of the film is that Rocko, Heffer, and Filburt have been in outer space since 1996. Upon their return, they notice everything is vastly different. More than likely, Rocko’s Modern Life: Static Cling will have more than a few things to say about 1990s nostalgia.

If you like this footage, then you will definitely want to see what Nickelodeon has in store for tomorrow’s Comic-Con panel. Word is that they’ll be having a sneak peek for the upcoming Hey Arnold! movie.

Are you excited to see the return of everyone’s favorite wallaby? Let us know in the comments.