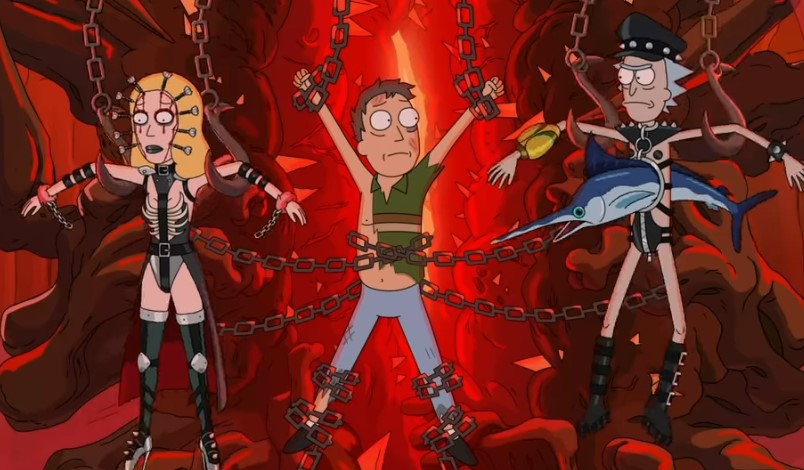 Rick and Morty be have had long hiatuses before, but now the show is expected to come back this June. We’ve already got a trailer earlier this month, but it looks like Adult Swim wants to build up the hype for next month’s release with another preview.

The series is set to come back for 10 more episodes, which is probably better than the last season which was split into two. With 70 episodes already being greenlit for Rick and Morty, fans are hoping this means there won’t be any more delays moving forward.

While the Voltron homage is the one that’s been most distinct in the trailers, I think the show is also going to have some kind of Planet of the Apes episode but with turkeys instead of apes. There are also several other crazy visuals from other episodes, but if you’ve paid attention to previous seasons, you’ll know that the series pretty much pokes fun at anyone trying to analyze easter eggs or fan theories about what’s going to come next.

Though I do love the concepts and humor of Rick and Morty, I do have a worry that creators Justin Roiland and Dan Harmon might run out of creative drive in the next few seasons (recent seasons have already started showing some chinks in the armor). Hopefully they manage to keep the show interesting throughout its run, and end it right before it feels stale.

Catch Rick and Morty 5 when it premieres on Adult Swim on June 20.