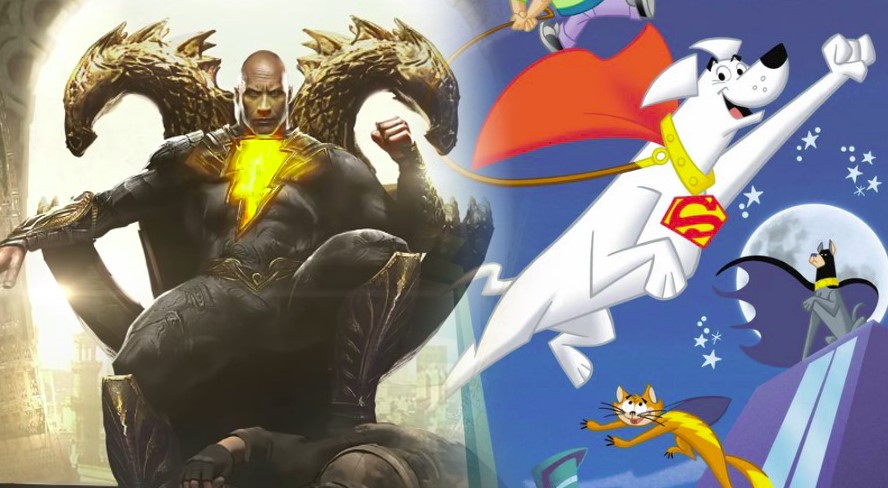 Though fans are excited to see Dwayne Johnson play the live-action Black Adam, he’s now signed on to play another DC hero in an animated feature film.

As per Variety, Johnson will be providing the voice of Krypto the Super-Dog in an animated DC’s League of Super-Pets. No other characters have been announced for the film, but it’s said that the story will center on ‘Superman’s dog, who teams up with a flying cat to stop crime while the Man of Steel is on vacation.’

Though the Rock is the only cast member confirmed, it’s said that the studio is hoping to cast more A-list actors to voice Krypto’s fellow meta-animals. Besides Krypto, there’s also Streaky the Supercat, plus Ace the Bathound (who we also see as a regular dog in the animated Batman Beyond).

With DC said to be building up to a multiverse setting with The Flash, it opens up the DC franchise for more colorful entries like this kid-centric Super-Pets film. While Marvel may be at the very top of the box office game, it’s formulaic structure is starting to be more apparent to fans, and they can’t put down some more experimental films like Joker. If anything, DC should just lean in on these side-projects while they try to figure out their main DCEU timeline. #RestoreTheSnyderVerse, am I right?

Catch DC’s League of Super-Pets when it comes out on May 20, 2022. Then you can catch Johnson in the live-action Black Adam which comes out July 29 the same year.