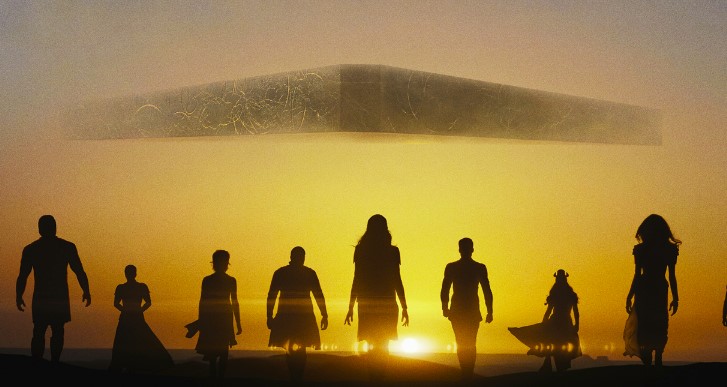 If it wasn’t for the pandemic, we would have gotten to watch Marvel’s Eternals last November, but now that the vaccines are getting out, the film is now ready to hit theaters, and we finally have our first teaser.

Watch the teaser for Eternals down here:

The Eternals, a race of immortal beings with superhuman powers who have secretly lived on Earth for thousands of years, reunite to battle the evil Deviants.

While the trailer itself is kind of vague with what the story is, we do get to watch the Eternals as they live their lives through generations on Earth. While they did help get civilization going, it’s curious as to why they chose not to interfere with any huge global calamities—specifically Thanos.

Besides a spotlight on the Eternals themselves, we also get a look at Kit Harington’s Dane Whitman a.k.a. Black Knight. We don’t actually see him in any kind of suit, but hopefully the official trailer will give us a full look.

There had also been word going around that Richard Madden’s Ikaris is going to be an out gay character, but so far it looks like he’s been paired with Gemma Chan’s Sersi. I’m just crossing my fingers that Disney will be allowed to explore a sexual identity arc this time; lest they just fall into the ‘Marvel formula’ again.

Marvel is now playing catch-up with their slate after a full year of no releases. June will see the release of Loki, with Black Widow following in July, and Shang-Chi releasing in September. Hopefully they’ll find a way to keep the hype up without getting audiences to succumb to franchise fatigue.

Catch Eternals when it hits theaters on Nov. 5. The next Marvel property, Loki, debuts on Disney+ on June 11.