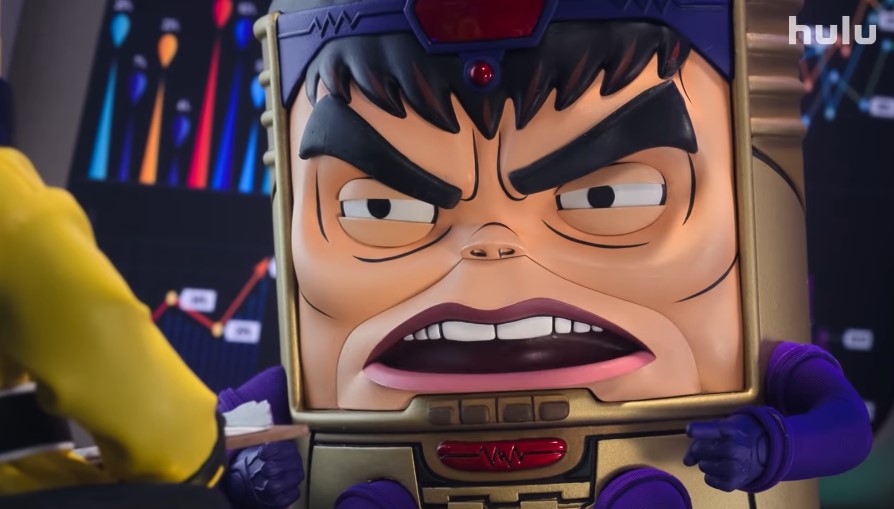 It had been teased for a while that Kang the Conqueror (Jonathan Majors) will be the main antagonist of Ant-Man and the Wasp: Quantumania, but it looks like one more comic villain could be appearing in the film – MODOK.

As per The Direct, MODOK will be introduced in the film, and he’ll be playing a ‘major role.’ Though early rumors have suggested that Jim Carrey had been cast for the part, it looks like talks didn’t push through, and someone else will be taking control as the leader of AIM.

No new actor has been rumored/announced for MODOK, but maybe they can bring in Patton Oswalt, who already plays a fun version of him in his own animated Hulu series:

With Kang being hyped up as an MCU villain since the Loki finale, it’s curious what role MODOK has to play in the film.  It’s possible he could be a tertiary antagonist on the hunt for Pym’s technology, but it’s possible that he could also be on a path to get to Kang himself.

The Ant-Man solo films have been the ‘smallest’ movies in the MCU, and they don’t really bring as large a crowd as the Iron Man or Captain America films do; but the character has proven to be one of the most essential, with Scott Lang getting the idea to use the Quantum Realm to time travel, thus saving everyone in Endgame.

With Kang set as the main villain (and now MODOK rumored for a return), maybe Quantumania could be gearing up to be one of the biggest MCU films for Phase 4. Then again, that’s just wishful thinking on my part.

Catch Ant-Man and the Wasp: Quantumania when it hits theaters on July 28, 2023.