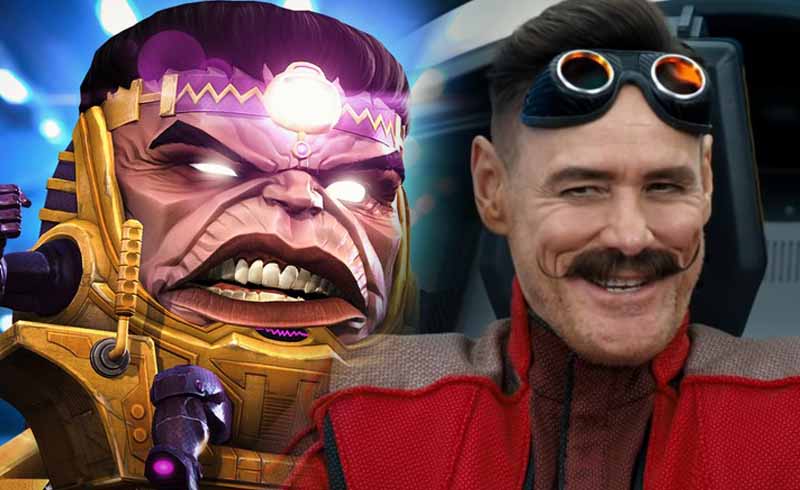 No Marvel villain is as ridiculous as MODOK, and the character has gotten so many appearances in different pieces of media, that it’s odd that he’s yet to be in the MCU; what’s interesting is, it’s possible that Marvel Studios has already found someone to play comics’ most famous diabolical big head – Hollywood bigwig Jim Carrey.

As per a mod post on r/MarvelStudiosSpoilers on Reddit, a leaker has revealed that Sonic the Hedgehog’s Jim Carrey has been cast as the live-action Mechanized Organism Designed Only for Killing a.k.a. MODOK; and he could appear as early as the She-Hulk series, with multiple appearances planned and a cameo in Ant-Man and the Wasp: Quantumania.

While nothing official has been confirmed, Carrey does seem like inspired casting. Seeing as he’s an actor who’s known best for his animated face, he would be the perfect actor to play a character who is literally a giant face. Until we get an official announcement from Marvel though, we should just consider this a rumor.

We don’t know what the future of Marvel looks like now, but with the Multiverse opening up, the studio is getting closer and closer to more obscure (and ridiculous) characters in the IP. Marvel modeling the Ten Rings after the Taliban for the sake of realism seems like such a faraway dream now.

By any case, Carrey would be a great recurring villain for the MCU, and while I’m sure he can play over the top manic, it would be great if we can get some realism from a character as silly as MODOK.

In the meantime, the next Marvel series, Hawkeye is set to make its Disney+ debut on Nov. 24. You can also catch the character MODOK in his own animated series on Hulu.