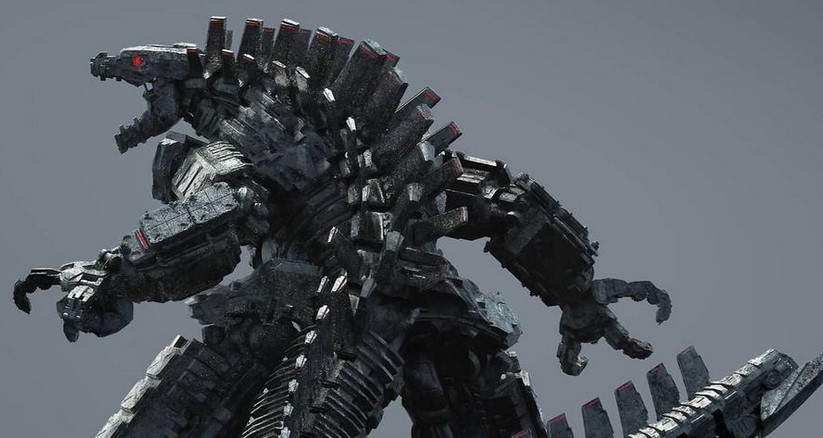 Legendary’s marketing team had to have a lot of self-control to not tease Mechagodzilla in the trailers, and the reveal was nothing short of fantastic when we finally got to see it come to life in the film. With the movie having been out for a while, concept artist Jared Krichevsky has share a full body look at Mechagodzilla.

While fans have gotten a recent take on Mechagodzilla in the Ready Player One movie, Krichevksy had decided to go an all-new direction for Legendary’s version, citing inspiration from The Terminator, hence the red eyes and some skeletal body parts. To further counter Godzilla’s look, Mechagodzilla was also given some longer arms with claw hands.

Though the movie does give us a good look at Mechagodzilla, this concept art really shows off the details that went into the design of his entire body. While it was only available for one film, this does set a gold standard for giant robots in cinema. Director Jordan Vogt-Roberts will have his work cut out for him when it comes to the live-action Gundam movie.

Admittedly, the movie would have been more amazing to catch in a theater, but the pandemic has effectively forced the film to be partially pushed on TV. Even if that’s the case, there has been a movement to #ContinuetheMonsterVerse, and fans are crossing their fingers that we can see more of these classic Toho monsters be brought to life with modern filmmaking techniques.

For now, fans can catch Godzilla vs. Kong in theaters and on HBO Max.