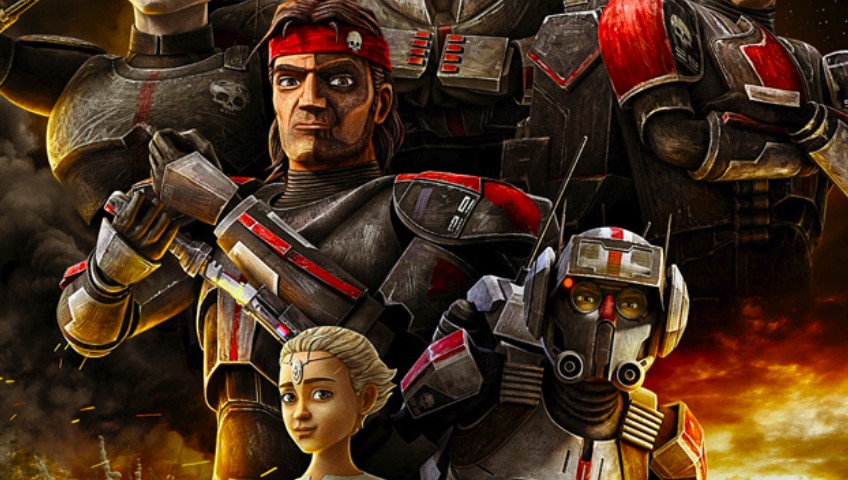 Star Wars: The Clone Wars may have officially ended, but showrunner Dave Filoni still has more stories for the clones with Star Wars: The Bad Batch. The series is set to come to Disney+ this May, and we have a new poster with the Emperor looming over Clone Force 99.

Check out the new poster for The Bad Batch down here:

Essentially, the story of The Bad Batch takes place between Revenge of the Sith and A New Hope, and will feature the special clone squad dealing with the transition from the Republic to the Empire. Though the army did start out as clones, we know that at some point, the Emperor decided to phase out clones in favor of hiring human recruits.

While we know that the Empire will be a major presence in the show, other characters like Fennec Shand from The Mandalorian and Saw Gerrera from Rogue One have also been confirmed for an appearance. What are the odds they’re going to run into old Jedi master Obi-Wan Kenobi? Let’s wait and see whether we’ll get any exciting cameos in The Bad Batch.

“Star Wars: The Bad Batch” follows the elite and experimental clones of the Bad Batch (first introduced in “The Clone Wars”) as they find their way in a rapidly changing galaxy in the immediate aftermath of the Clone War. Members of Bad Batch—a unique squad of clones who vary genetically from their brothers in the Clone Army—each possess a singular exceptional skill that makes them extraordinarily effective soldiers and a formidable crew.

Star Wars: The Bad Batch premieres on Disney+ on Star Wars Day, May 4.