Skip to content
Home » Made for Love: Cristin Milioti Pulls Another Black Mirror in New Trailer 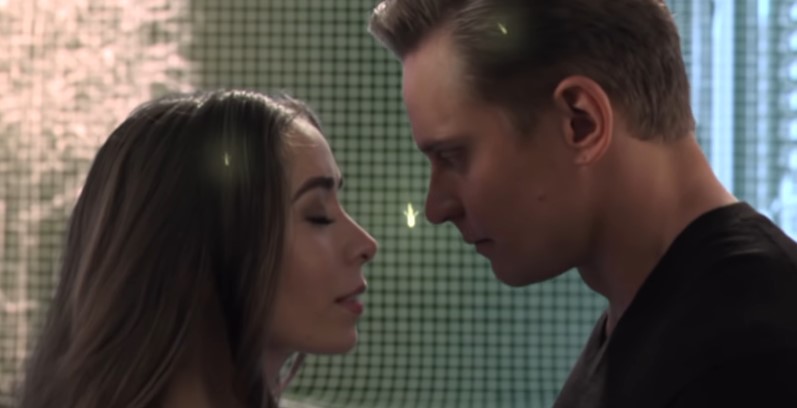 Cristin Milioti had done some great work in Black Mirror’s USS Callister, but now she’s teamed up with HBO Max for a new sci-fi series called Made for Love. The show is set to premiere this April, and we have an all-new trailer giving us a better look at the premise.

Made for Love is an adaptation based on the tragicomic novel of the same name by Alissa Nutting. The series follows Hazel Green, a thirtysomething woman on the run after 10 years in a suffocating marriage to an unstable, needy, possibly sociopathic tech billionaire. Soon she discovers that her husband has already implanted a revolutionary monitoring device – the Made for Love– in her brain, allowing him to track her, watch her, and know her thoughts and feelings as she tries to stay alive.

While the first teaser drew a lot of comparisons to the reboot of The Invisible Man, this new trailer embraces more of the tech aspect of the series and is now more akin to an episode of Black Mirror. We don’t know what Magnussen’s character plans to achieve by linking his brain with his girlfriend, but it would be interesting to see this take on evolving technology and how it can alter modern human relationships.

Also, I think it’s great that Ray Romano is in this film. While he may have been best known for his work on sitcoms, I like that he’s attached to something that feels as artsy as this series.

Catch Made for Love when it premieres on HBO Max on April 1.