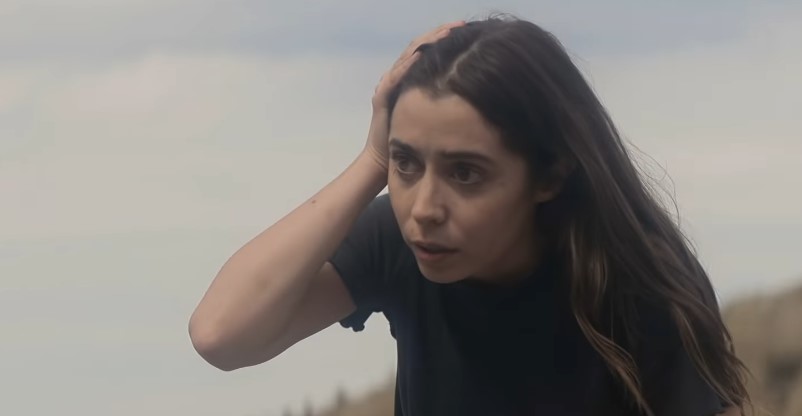 Palm Springs, which starred Andy Samberg (Brooklyn Nine-Nine) and Cristin Milioti (How I Met Your Mother), had just won the Critics Choice Awards for Best Comedy, and what better time to promote Milioti’s next project, Made for Love, on HBO Max.

The comedy series is a darkly absurd and cynically poignant story of love and divorce. It follows Hazel Green, a thirty-something woman on the run after 10 years in a suffocating marriage to Byron Gogol, a controlling tech billionaire.

With The Invisible Man recently doing a take on toxic relationships, there are some familiar elements that you can see in the trailer, from Milioti’s character escaping, to Magnussen’s character using his wealth and power to manipulate her into doing what she wants. There’s even a little touch of Palm Springs with Milioti stumbling around in the desert; what are the odds that the microchip in her brain has actually trapped her in that same place, and she really hasn’t been able to get out?

I have to say, while essentially playing a glorified supporting character in How I Met Your Mother, Milioti has had some very interesting roles. Besides Palm Springs, she was also the protagonist of Black Mirror’s USS Callister episode; arguably one of the better episodes on the show, despite its unusual optimistic end.

Made for Love debuts on HBO Max this April.