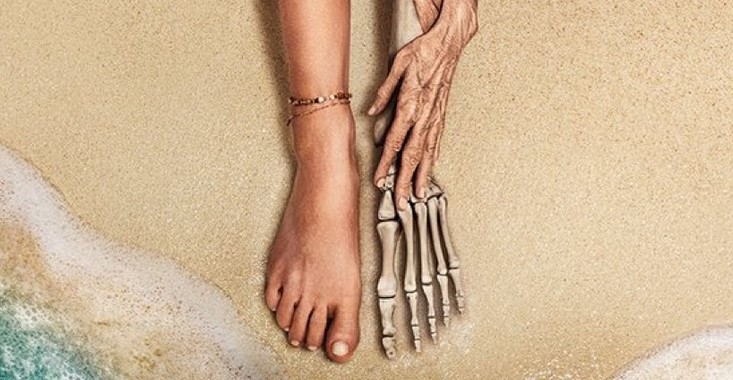 Director M. Night Shyamalan may have turned his name into box office poison with The Last Airbender, but he’s been on the comeback since the release of Split, and now we have a first trailer for his next movie, Old.

Watch the trailer for Old down here:

This summer, visionary filmmaker M. Night Shyamalan unveils a chilling, mysterious new thriller about a family on a tropical holiday who discover that the secluded beach where they are relaxing for a few hours is somehow causing them to age rapidly … reducing their entire lives into a single day.

The film is actually based on a 2010 graphic novel Sandcastle by Pierre Oscar Levy and Frederik Peeters. Knowing how Shymalan has a penchant for twists in his film, it’s possible that he could change the ending of the book, in an effort to keep audiences on their feet.

The film features a great cast with the likes of Gael Garcia Bernal (Mozart in the Jungle) and Vicky Krieps (Phantom Thread). Movie fans will also recognize Alex Wolff from another horror movie, Hereditary. You also have to give props for Thomasin McKenzie for landing another job with a high-profile director with Shyamalan. After working with Taika Waititi on Jojo Rabbit, she’s also set to appear in Last Night in Soho directed by Edgar Wright. Funnily enough, Soho also stars Anya Taylor-Joy, who was the lead of Shyamalan’s latest hit—Split.

Could Old be further proof of Shyamalan’s comeback, or could it be another major tumble like Glass? We’ll just have to wait and see.

Catch Old when it hits theaters on July 23.