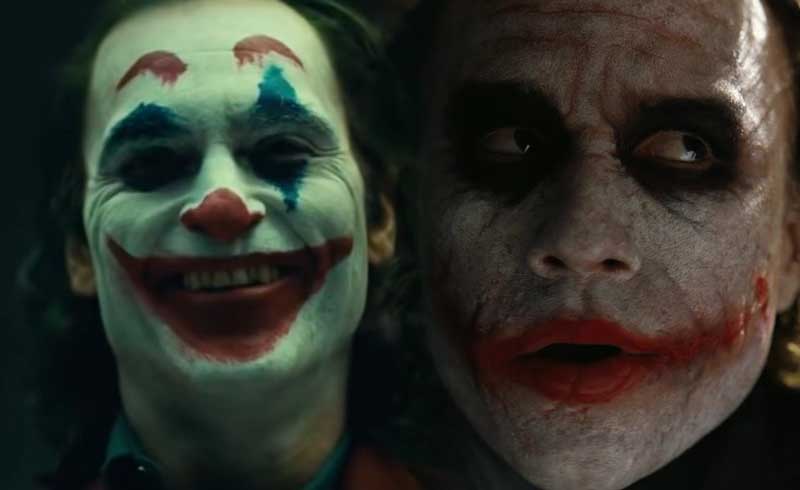 [UPDATE: As it turns out, Mekler’s post was a joke that completely went over my head. My bad guys. I thought it sounded pretty plausible.]

This should have been my hint:

For those asking: the only clarity re: Jokers I’ve heard so far is that one will be a Fire Joker and another likely a Wind Joker. I know the studio liked Bradley Cooper for Wind Joker but not sure how far along they are

Either way, it’s an interesting idea. The original article is as follows:

News has just come out that director Todd Phillips has signed on to co-write the sequel for Joker, but a rumor suggests that the story could feature more than just Arthur Fleck’s Clown Prince of Crime.

According to writer Ben Mekler, sources have suggested that the sequel could focus on an entire bunch of Jokers—possibly four. Here’s the post:

Sources have told me for weeks that a big sticking point in the Todd Phillips/JOKER 2 deal was how many Jokers the film would have. Studio pushed for two, Phillips and co-writer Scott Silver envisioned four. Seems like we’ll see a quartet of Jokers on the big screen next year

While this has no official confirmation, it kind of follows the recent Batman comic dubbed Batman: Three Jokers, in which Batman has to deal with the possibility that there could be more than one Joker terrorizing Gotham.

With Marvel and DC attempting to tell their own multiverse stories with Doctor Strange 2 and The Flash, it would be interesting if this Joker sequel would embrace the non-comicbook nature of the first film and try to work on where Arthur was left in the first movie. The idea that the Joker influences other people into crime isn’t a new one, and there’s even a theory that Arthur’s character is the one that inspires ‘copycats,’ one of them being Jared Leto’s Joker.

Personally, I thought a sequel could be more of an homage to One Flew Over the Cuckoo’s Nest, where we get to see Arthur become the criminal mastermind that is the Joker, Maybe we could have even met some other criminals in Arkham locked in with him.

With Joker being such a unique property in the comic book movie market, I’m hoping that Phillips finds unexpected direction to take the story. Though some think one film is enough for this version of the character, I’m open to anything—as long as Phillips is willing to write it.

No release date has been announced for a Joker sequel.