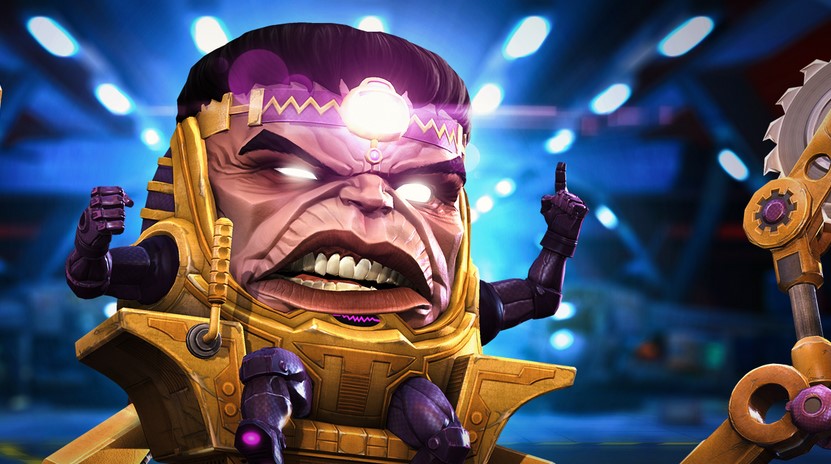 We know that Kang the Conqueror will be front and center as the villain of Ant-Man and the Wasp: Quantumania, but word also has it that the film will introduce MCU fans to giant floating head the Mecanized Organism Designed Only for Killing a.k.a. MODOK. We have yet to get an official look at him in the film, but a leaked trailer may just have given us a peek.

This does line up with the rumors that this version of MODOK will be a robot with a metallic face, but it’s possible that the mask will unfold to reveal an actual giant face like the one from the comics. Rumor has it that MODOK will actually be Darren Cross the villain from the first Ant-Man, and it’s going to be revealed that he has become a giant head with tiny arms and legs—kind of a fitting origin MCU-wise, if you ask me.

We don’t know when Marvel is set to give us our first look at Quantumania, but rumors are going around that it will be sometime this month. With Marvel Studios currently gearing up for the release of Black Panther: Wakanda Forever, it could be fitting to drop a teaser for Ant-Man in the midst of all this Black Panther press in order to help boost hype for the MCU and any incoming projects.