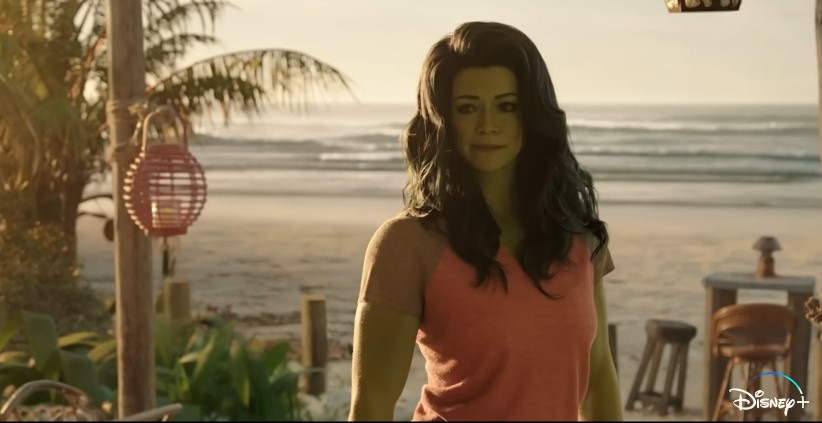 The entire character of She-Hulk may be CG, but Marvel does several things to try and make things practical, even bringing in an on-set reference to play her. While the concept of a giant muscle woman may be fantasy in the show, Marvel actually brought in an actual giant woman to stand-in.

Check out Malia Nahinu standing next to actress Tatiana Maslany in this BTS photo:

Admittedly, Nahinu is still shorter than She-Hulk by two inches, but her height is enough to act as a reference point for several of Jen’s scenes. You can also see that Nahinu is covered in fake muscles to give her a closer look to She-Hulk. In some BTS shots she also gets the big hair.

If anything, it kind of feels like the old Hulk series where they have different actos playing Hulk and Bruce Banner. Hopefully the showrunners give Nahinu some kind of onscreen cameo in the future; I mean, even Mark Hamill gets credit for playing Luke Skywalker in The Book of Boba Fett, and he essentially just provides the reference like Nahinu does—the rest of the part is brought to life by another actor and an army of VFX artists.

So far She-Hulk is having a fantastic run, and is really embracing its sitcom format. Though a lot of fans are excited to see Daredevil, I am just having fun watching Jen navigate all these crazy legal issues surrounding super-powered people.

Catch She-Hulk: Attorney at Law with new episodes every Thursday on Disney+.