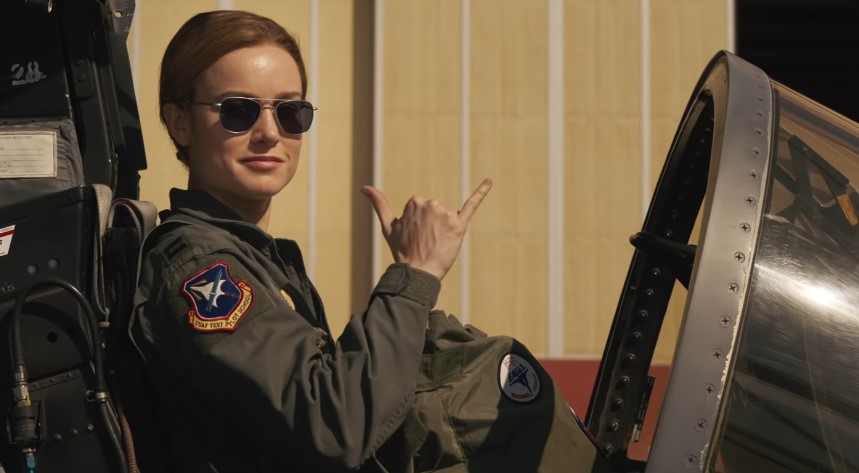 For the longest time ever, there was a lot of talk about Jude Law’s character in Captain Marvel. Disney was keeping the actor’s role a secret, and popular speculation had it that Law would be playing Mar-Vell, the original Captain Marvel in Marvel Comics. However, Brie Larson’s debut into the Marvel Cinematic Universe had its surprises, revealing that Law was actually playing Yon-Rogg, a torpid Kree military commander who’s served as Captain Marvel’s foe.

In Captain Marvel, Mar-Vell turns out to be Dr. Wendy Lawson, a gender-swapped version of the character played by Annette Bening. Speaking in a recent press stop for the film (via ComicBook.com), Marvel Studios President Kevin Feige explains why Captain Marvel had to swap the hero’s gender, saying that it was important for Carol Danvers to have a female mentor in the movie.

“It was really about the development of this story, and about how best to showcase Carol Danvers growth, and development as a hero,” Feige said during the interview with the press, “And the notion that she had a female best friend, a female mentor, seemed important to us.”

Apparently, Bening taking on the name of Mar-Vell came much later during the script-writing process when Marvel was sure that the actress would play the part.

“[It] was something that was an idea that Anna had as the script is as she and Ryan were doing their pass at their script, and it all sort of fell together,” Feige explained, “Particularly then with Annette Bening being able to play both of those spoilery parts.”

Hopefully Feige’s answer pacifies the more traditional set of fans. In the comics, Mar-Vell has always been a male Kree, a Flash Gordon type of superhero who defended the earth using space tach and laser guns. Turning the character into a scientist instead of a hero is a major twist, that it is.