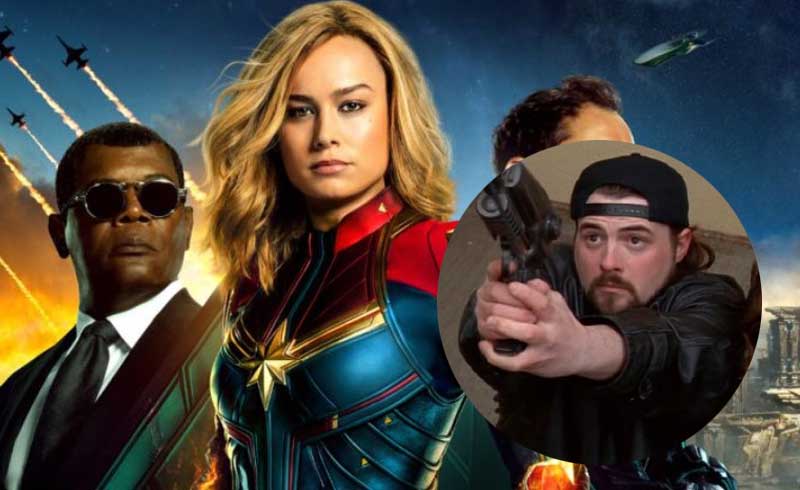 Everyone who follows Kevin Smith knows that he’s one emotional guy, and after the release of Captain Marvel last week, Smith reveals that he was a ‘blubbering mess’ after watching the film and discovering that the movie has referenced him via Stan Lee’s cameo.

Just saw @captainmarvel. I am a blubbering mess. After a lifetime spent referencing the movies, the movies just referenced me! Many thanks to @MarvelStudios and to my friend @TheRealStanLee for the shout-out! But if I’m now part of the @Marvel Universe… Did I survive The Snap? pic.twitter.com/S560n3mQFl

In the film, we have Captain Marvel in a bus running into Stan Lee reading the script for Mallrats (which was directed by Kevin Smith). Since MR came out in 1996, it would make sense that Lee would be checking out the script in the year 1995—the year Captain Marvel takes place.

It’s fun that Lee actually agreed to cameo in Mallrats before his cameos were even a thing. Sure he had appearances pre-MCU like in the Sam Raimi Spider-Man films, but Mallrats at least made him talk. Funny thing is, it was said that Lee was having a hard time memorizing his lines that he had to read them off cue cards off screen; that’s why he had to keep turning his head:

While Kevin Smith has been a face for DC lately, he’s still very much into the world of Marvel—just like any comic fanboy. At this point, I’m curious if Marvel would actually let him direct a movie. I mean, Smith is currently attached to direct an animated Howard the Duck series, but I would love to see him try an actual film for the MCU. It doesn’t even have to be a blockbuster-type deal. I’m content just to have characters standing around and having those Smith-esque conversations.