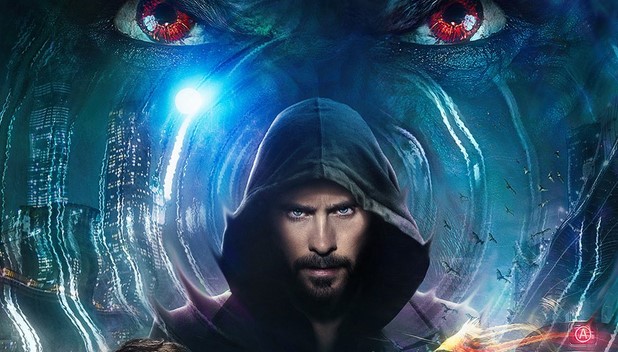 After Venom 2 and Spider-Man: No Way Home, Sony is set to come back to its Spider-Verse with Jared Leto’s Morbius. The film is set to come out this April, and we have a new poster courtesy of Leto’s Twitter.

Enter the world of a new Marvel legend. #MORBIUS is exclusively in movie theaters April 1. pic.twitter.com/4Mj8G9OxdO

With Jared Leto himself being such a personality, you kind of forget that other actors like Matt Smith and Jared Harris are also in the film. You also kind of miss Michael Keaton’s Vulture, who a lot of fans were expecting to be in No Way Home, but was nowhere to be seen.

It’s unclear where Morbius stays in the MCU timeline, because he does know about Venom, but Keaton’s Vulture exists in his universe. Since No Way Home confirmed that Tom Holland’s Peter Parker exists in another reality, maybe the Spider-Man in Morbius’ world is someone else entirely. A lot of people are hoping for Andrew Garfield’s Spider-Man, but I’m going to wait and see what kind of explanation Sony has when this movie releases.

One of the most compelling and conflicted characters in Sony Pictures Universe of Marvel Characters comes to the big screen as Oscar® winner Jared Leto transforms into the enigmatic antihero Michael Morbius. Dangerously ill with a rare blood disorder and determined to save others suffering his same fate, Dr. Morbius attempts a desperate gamble. While at first it seems to be a radical success, a darkness inside him is unleashed. Will good override evil – or will Morbius succumb to his mysterious new urges?