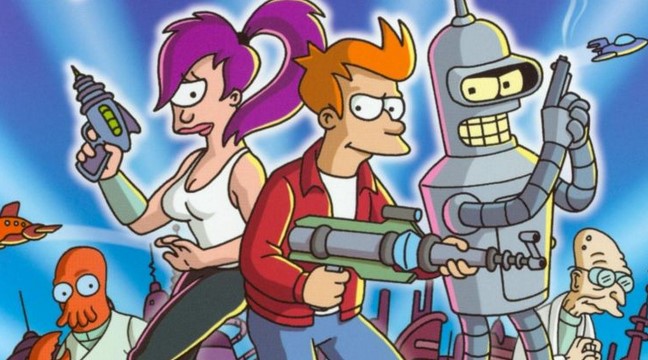 Matt Groening’s Futurama had a successful four-year run at Fox before it found a revival back in 2008 with Comedy Central which ended in 2013. The good news is, Fry and the crew at Planet Express are setting a comeback for next year.

According to Variety, Hulu has greenlit a revival of Futurama with original show creators Matt Groening and David X. Cohen. The new season will run for 20 episodes and will feature the original cast which includes Billy West, Katey Sagal, Tress MacNeille, Maurice LaMarche, Lauren Tom, Phil LaMarr, and David Herman.

One cast member that hasn’t been confirmed for a return is John DiMaggio, who plays the world’s worst robot, but it’s very likely that he’s still undergoing negotiations. He does post this on Twitter after it was pointed out that he wasn’t mentioned in the returning cast:

Thanks for the concern and the props, everyone. I really appreciate it. Don’t worry, I’ll keep you posted, but until then… CHEESE IT! #bendergate

If you haven’t caught up on Futurama yet, here’s the series description:

Philip J. Fry is a twenty-five-year-old pizza delivery boy whose life is going nowhere. When he accidentally freezes himself on December 31, 1999, he wakes up one thousand years in the future, and has a chance to make a fresh start. He goes to work for the Planet Express Corporation, a futuristic delivery service that transports packages to all five quadrants of the universe. His companions include the delivery ship’s Captain, Leela, a beautiful one-eyed female alien who kicks some serious butt, and Bender, a robot with very human flaws.

Just like The Simpsons before it, Futurama is a cult it, and though we should expect some ridiculous future shenanigans, the series does also have some serious heart going for its characters. We don’t know what Fry and the gang have left to say, but it’s going to be great to see some more Futurama for a new generation of audiences.

No release date has been set for the Futurama revival, but the series is expected to release sometime in 2023 on Hulu.