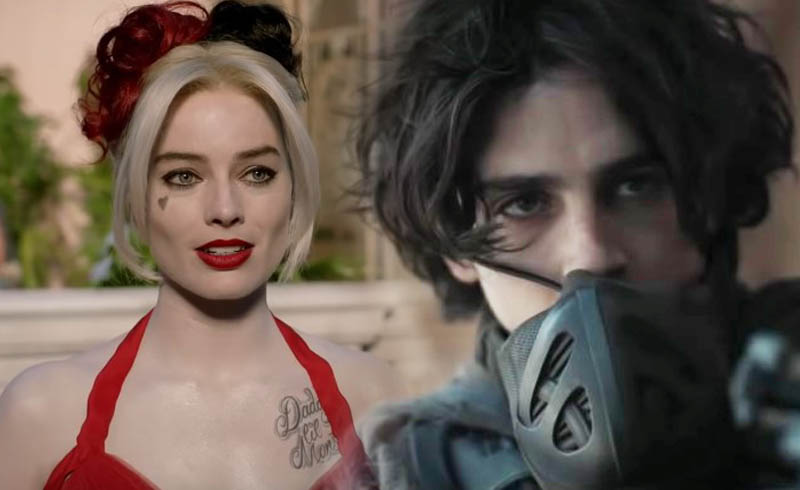 Though the pandemic has been controlled in some areas around the world, it still isn’t close to dying down. With the box office being one of the industries that got hit the hardest, HBO Max and WB are teaming up for a new release model that should benefit both theaters and the industry as a whole.

As announced by HBO, WB’s entire 2021 slate—which includes films like Dune, The Suicide Squad, and The Matrix 4—will come out in theaters and HBO Max on the same day. Here’s a trailer:

WarnerMedia Chair and CEO Ann Sarnoff also had this to say in a statement:

“We’re living in unprecedented times that call for creative solutions, including this new initiative for the Warner Bros. Pictures Group. No one wants films back on the big screen more than we do. We know new content is the lifeblood of theatrical exhibition, but we have to balance this with the reality that most theaters in the U.S. will likely operate at reduced capacity throughout 2021. With this unique one-year plan, we can support our partners in exhibition with a steady pipeline of world-class films, while also giving moviegoers who may not have access to theaters or aren’t quite ready to go back to the movies the chance to see our amazing 2021 films. We see it as a win-win for film lovers and exhibitors, and we’re extremely grateful to our filmmaking partners for working with us on this innovative response to these circumstances.”

When the lockdowns started in March, a lot of people were hoping that the virus would have blown over by June, but we’re now in December and things aren’t looking any better. If anything, we could be living with masks and quarantine for maybe two more years.

We don’t know how this new release model will work out, but the industry really has to make a major change if it wants to survive the pandemic. It would also be grossly irresponsible if things just snapped back to normal too soon.

Hopefully it all turns out for the best. Catch Wonder Woman 1984 when it hits theaters and HBO Max on Dec. 25.