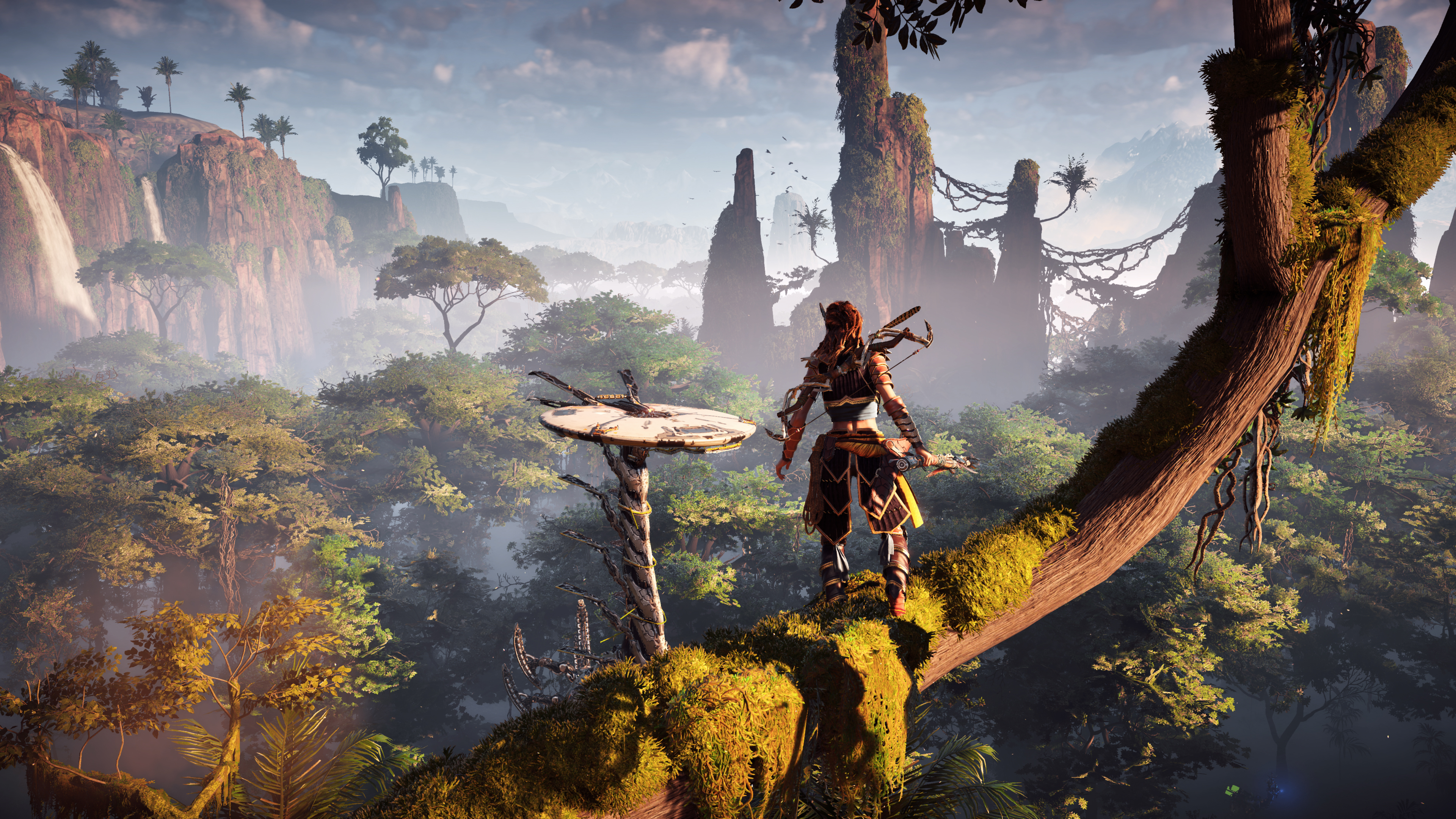 Naughty Dog has stolen most of the headlines from this year’s PlayStation Experience, with a new Uncharted adventure, a sequel to The Last of Us, and their original mascot Crash Bandicoot getting the remaster treatment, but Guerilla Games ensured some attention for themselves with a new trailer for the upcoming Horizon: Zero Dawn.

The open world action RPG is due for release on February 28 after slipping from Sony’s Fall 2016 line-up, and continues to look as though it’s going to be worth the wait. As one of few big budget new IPs currently in development for the PlayStation 4, it’s cool that, despite all the marketing material we’ve had so far, there remains a serious air of mystery around the game.

Our latest look shows off a stunning variety of environments, from snowy mountains to scenic valleys, with heroine Aloy creeping through a dark forest, riding some form of mechanised creature, and engaging in a spot of wild hunting. Guerilla proved themselves to be one of the best studios in the world when it came to taking advantage of the graphical power of the PlayStation 2 and PlayStation 3 with the Killzone series. They look to once again be pushing boundaries with Horizon.

Word on the street is that its delay to 2017 was at least partly so that the team could optimise the game for the PS4 Pro. The latest PS4 iteration will enable it to run at 4K, albeit likely upscaled rather than natively. Guerilla will be holding a panel to discuss the game’s progress at PlayStation Experience tomorrow, which you’ll be able to watch live on the PlayStation YouTube channel if you’re not lucky enough to be there in person.

The wait to get lost in this mysteriously primitive, yet futuristic, world is almost at an end. Horizon: Zero Dawn launches February 28, 2017.