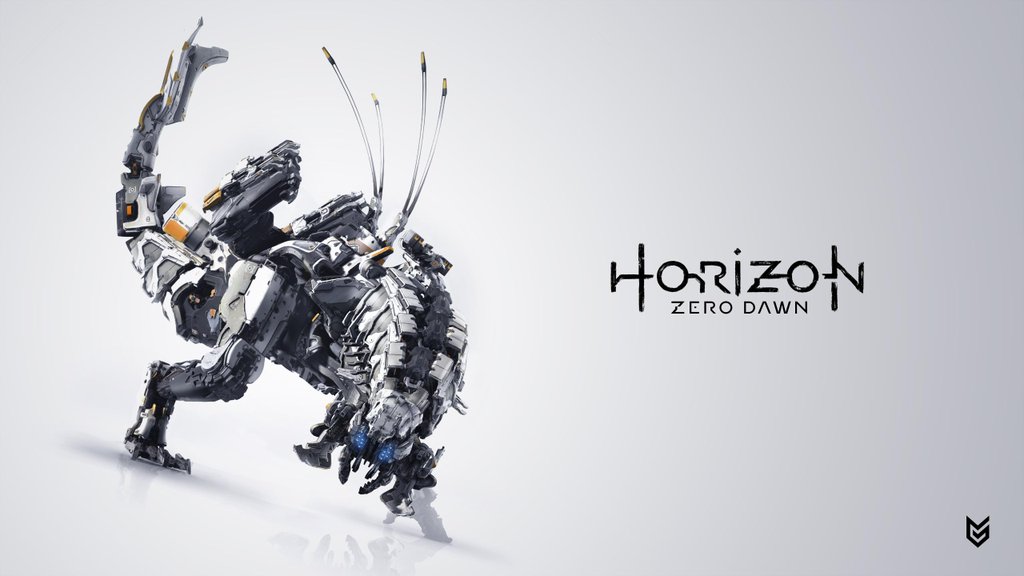 There’s a lot of mysticism surrounding Horizon Zero Dawn and its oddly post-apocalyptic/futuristic setting. The lush and beautiful world is being reclaimed by nature, and many of the settlements shown off in trailers appear to be in ruin. However, the most fascinating element involving the game is the mechanical beasts that roam freely, which range from large cat-sized creatures to the enormous long-neck dinosaurs. But questions are being raised in regards to whether or not these creatures are always hostile, and the likelihood of natural animal life existing within the game-world’s ecosystem.

Thankfully, Guerrilla Games Game Director Mathijs de Jonge took to Twitter to fill in a few of the blanks (via DualShockers).

Yes, Aloy can swim, but some waters are dangerous.. https://t.co/8tLIc2pzUY

@Gabriel4434 All machines are dangerous, the corrupted even more so.

@Gabriel4434 The tribes live in relatively safe settlements, but they don’t have much choice, the machines are too plentyful & dangerous.

If that wasn’t enough, to add to the already uncontrollable hype, the Guerrilla Games Twitter account released a set of gorgeous new screenshots for our viewing and desktop background-setting pleasure. You can take a look at all four of the images below, which show Aloy in both stealth and combat taking on various mechanical behemoths.

Horizon Zero Dawn was recently delayed to next spring, but because it’s stealing E3 awards left and right for the second year in a row, it’s safe to assume the lengthier wait will certainly be worth it. The game will hit PS4 next year on February 28, 2017.