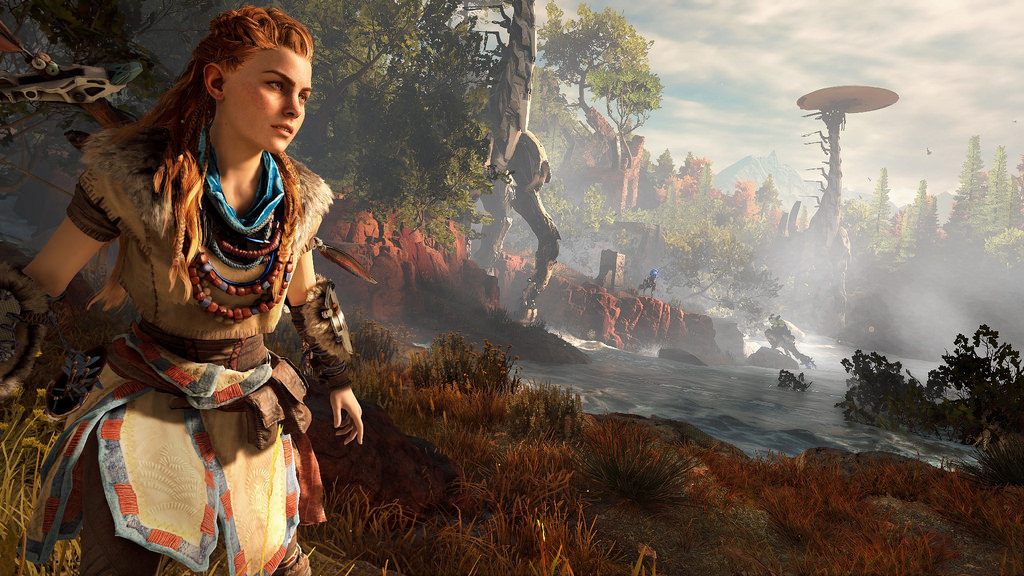 Guerrilla makes beautifully realized and technologically stunning games. The team’s talent knows no bounds, as they are able to eek out every ounce of power from whichever PlayStation platform they happen to be working on. It’s been clear since Horizon: Zero Dawn’s reveal at last year’s E3 that this new venture would take their talents to a new level. Horizon looks like a dream game that just so happens to exist, and good thing, too, because if it’s as great as everyone is thinking, PlayStation could have another massively successful franchise in their vast portfolio.

Sony’s press conference opened with a bang and never lost momentum as they thrilled us with God of War, Batman: Arkham VR, Crash Bandicoot, Spider-Man, and much more. One of the highlights (what wasn’t a highlight?) was a new gameplay demo for Horizon: Zero Dawn, which showed off combat, some of the RPG elements, a dialogue tree, and Aloy being yet another heroine to root for.

The game was recently delayed out of its initially scheduled fall 2016 window, and will now launch early next year on February 28, 2017. According to Guerilla’s Managing Director Herman Hulst, Horizon Zero Dawn was pushed to ensure it “lives up to the visuals and gameplay quality that [their] games are known for.” The team is “confident that the advantages of the additional development time afforded by the new date will become clear in the coming months,” and based on the gameplay demo above, it is becoming clear. This is an ambitious title and a new journey for them, if they continue to push the boundaries like it appears they will, the game is certain to be a promising experience.