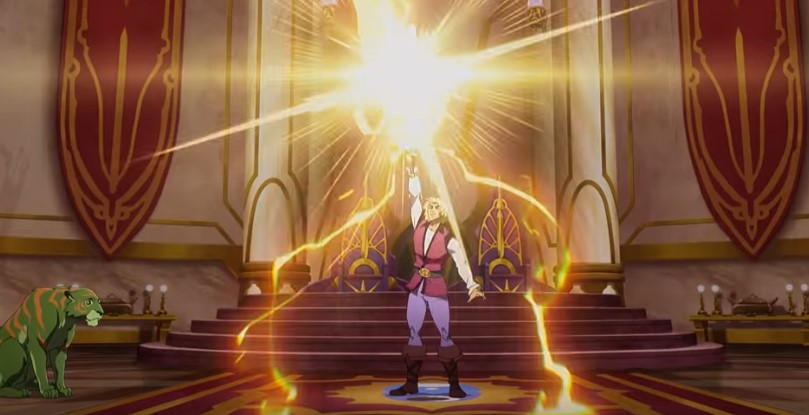 We haven’t had any significant updates on the live-action He-Man movie, but Netflix has just dropped a new trailer for Kevin Smith’s Masters of the Universe: Revelation, and it looks insane.

Watch the trailer for He-Man here:

The series is said to pick-up where the original 80s cartoon left off and aims to resolve all the loose ends concerning our heroes (and villains) of Eternia. While some were thinking that this could tie-in with the previously finished She-Ra and the Princesses of Power, the look and feel of this series seems to confirm that that won’t be the case.

You also can’t help but feel the 80s hype with the use of the song Holding Out for a Hero by Bonnie Tyler. Now fans are just wondering if the new He-Man series has enough balls to actually work in What’s Going On from the infamous meme.

The studio behind the series, Powerhouse Animation has been in charge of several other Netflix shows including Castlevania and Blood of Zeus. If those shows are any indication, you can bet that Revelations is going to have some topnotch animated action scenes.

With He-Man considered to be one of the biggest things in the 80s, this show could very well be a great nostalgia trip for original fans as well as a jumping point for people unfamiliar with the series.

Catch the first part of Masters of the Universe: Revelation when it premieres on Netflix on July 23.