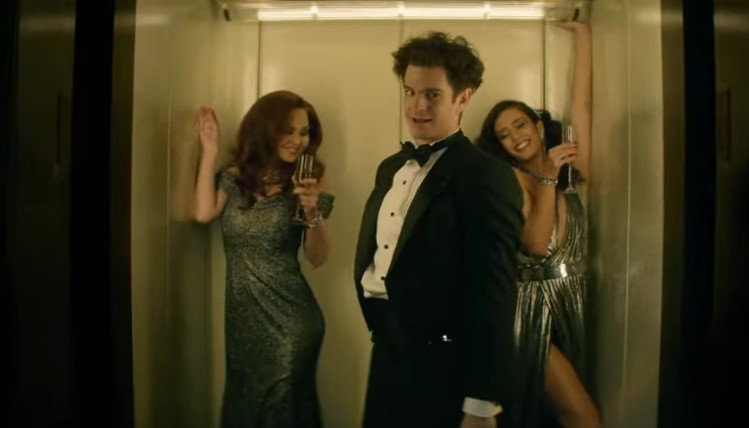 While everyone is still speculating on whether Andrew Garfield will be reprising his version of Peter Parker in Spider-Man: No Way Home, Garfield is set to star in an upcoming musical about the creation of the hit show Rent. Just in, Netflix has dropped the first preview for tick, tick…BOOM!.

Check out the trailer for tick, tick….BOOM! down here:

“A young theater composer who’s waiting tables at a New York City diner in 1990 while writing what he hopes will be the next great American musical. With the clock ticking, Jon is at a crossroads and faces the question everyone must reckon with: What are we meant to do with the time we have?”

Garfield will be playing the role of Jonathan Larson, who was the creator of Rent, and the movie follows ‘Jon’ as he crafts his hit musical. Besides Garfield in the starring role, it’s also worth noting that the movie will have Lin-Manuel Miranda making his feature directorial debut with this film, and the shots look absolutely phenomenal.

In real life, Larson himself had unexpectedly died in 1996 at the age of  35 due to an aortic dissection (believed to be the result of undiagnosed Marfan syndrome). The original tick, tick, BOOM! which Larson actually performed himself in the 90s. After Lasron’s death, the play was reworked by playwright David Auburn to be a three-actor piece, and has had multiple revivals on Off-Broadway, the West End, and an American national tour.

No specific release date has been set for tick, tick…BOOM!, but the movie is set to hit Netflix (and select theaters) sometime this fall.