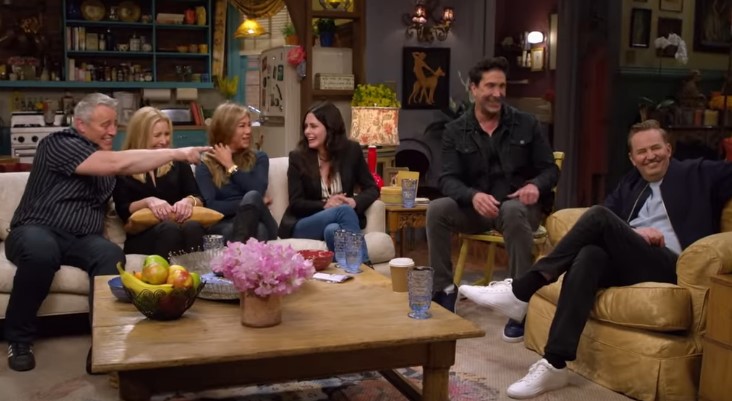 Friends was such a huge success in the height of its popularity, and for years fans have been asking for some kind of reunion or revival of the show. What’s great is, Friends: The Reunion is finally happening on HBO Max, and we have a full trailer.

Check out the trailer for the Friends reunion down here:

Our favorite friends are back on the set that started it all. Jennifer Aniston, Courteney Cox, Lisa Kudrow, Matt LeBlanc, Matthew Perry, David Schwimmer, and special guests reunite to discuss everything from their casting process to whether or not Ross and Rachel were really on a break. Witness the unbreakable bond of the group that perfectly captured the moment in life when your friends become your family.

Originally the Reunion was supposed to come out in March 2020, but had been moved because of the pandemic. It’s said that the reunion that’s going to be aired on HBO Max was filmed in April 2021.

Besides the main cast members coming back for the series, the reunion will also bring back several guest stars like Reese Witherspoon, Tom Selleck, and Elliot Gould. There are also some younger guests that would be making an appearance including Kit Harington, Cara Delevigne, Lady Gaga, and Mindy Kaling. James Corden is also set to host a Q&A portion.

While some fans are hoping for an episode where we catch up on the characters, I guess this is the next best thing. With the sets all intact, maybe they can shoot one short update on the lives of Monica, Chandler, Joey, Phoebe, Ross, and Rachel—even if it’s just for five minutes.

Friends: The Reunion starts streaming on HBO Max on May 27.