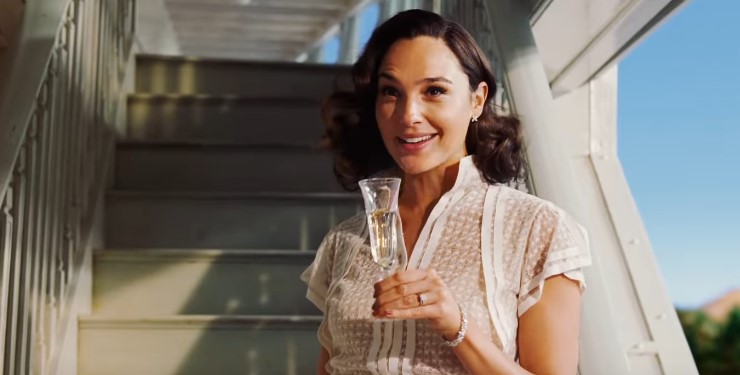 After the success of Red Notice, Gal Gadot is ready to grace the screens again with the sequel to Murder on the Orient Express, Death on the Nile. 20th Century Studios has dropped a new trailer, and we’re reminded of the star-studded cast.

Check out the Death on the Nile trailer:

Belgian sleuth Hercule Poirot’s Egyptian vacation aboard a glamorous river steamer turns into a terrifying search for a murderer when a picture-perfect couple’s idyllic honeymoon is tragically cut short. Set against an epic landscape of sweeping desert vistas and the majestic Giza pyramids, this dramatic tale of love gone wrong features a cosmopolitan group of impeccably dressed travelers and enough wicked twists and turns to leave audiences guessing until the final, shocking denouement.

Though the twist of the original Orient Express was the scene that essentially invented the ‘shock twist’, the remake had opted to change the story to catch audiences off their guard. We should expect Nile to change things up as well, but since we’re already expecting that, what are the odds that director Kenneth Branagh would just stick to the original story?

The story of the cast is also worth mentioning, since a lot of the stars are currently ‘cancelled’ by the internet, Armie Hammer with accusations of grooming (and cannibalism) and Letitia Wright for her anti-vaxx views. Since trailer still featured them, I guess 20th Century Studios isn’t too keen on cancelling the stars; but then again they also had to promote Ansel Elgort for West Side Story, and he’s been called out for hitting on underage girls.

Catch Death on the Nile when it comes to theaters on Feb. 11.