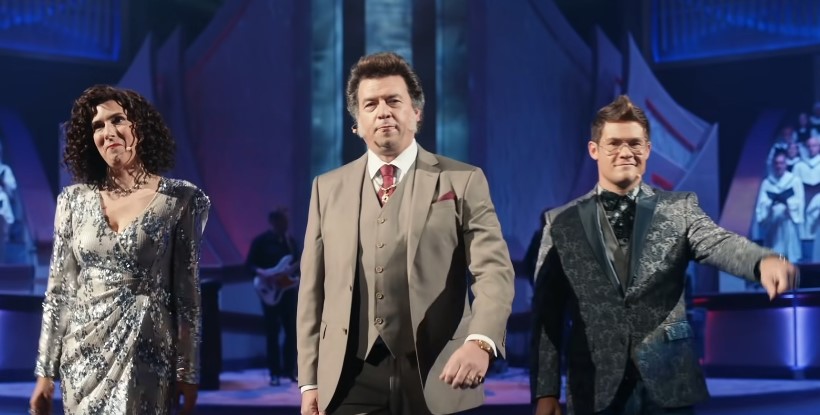 After Last Week Tonight had pointed out what was wrong with the world of televangelists, HBO had decided to go all in on the premise of crooked religious figures with The Righteous Gemstones. The crazy family is back for a second season, and we have our first full trailer.

Check this out the new Gemstones trailer down here:

While the first season was extensive in pointing out how religious figures like the Gemstones abuse their followers, it looks like the second season has found other unexplored avenues when it comes to religious abuse. They even managed to get Eric Andre to play another “spiritual leader”.

Though the main characters of the show are crooked spiritual leaders, the first season doesn’t really condemn them as “evil” people; rather, the Gemstones are given an antagonist in the form of some blackmailers extorting them for money. Now it looks like they’re going up against a journalist (Jason Schwartzman) who wants to expose their way of life; and of course, the Gemstones won’t have it.

The first season of Gemstones isn’t perfect, but the show does have some fun characters, and you love to watch the Gemstone “kids” bicker amongst themselves as they try to bring the Word of God of their followers. While I am waiting for the series to have something more meaningful to say about religious abuse, it’s still a fun ride watching Danny McBride, Adam DeVine, and Edi Patterson bring the laughs.

The Righteous Gemstonesi return for a second season this Jan. 9 on HBO Max.