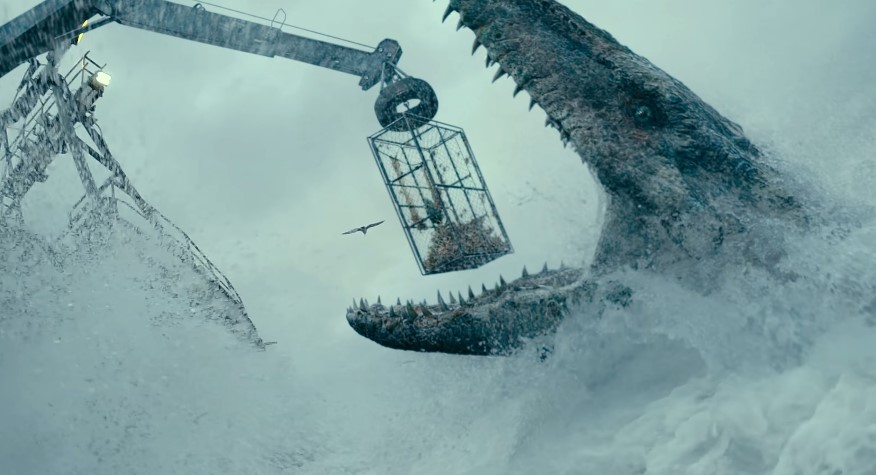 Jurassic World may just have had a contained theme park of dinosaurs, but the upcoming sequel Dominion will actually give us an entire planet where dinosaurs roam free. The movie is slated for a June release, and we have a new trailer that showcases all the new dinos that will be appearing in the film.

Though we get a look at some new variants like feathered raptors and a new kind of T-Rex, we also have a look at some familiar faces. I’m pretty sure the franchise’s main T-Rex is still in the movie, and of course, we get to see Owen’s favorite pet raptor Blue—who has now spawned a child.

It’s also no mystery that the movie is bringing back the main cast of the original Jurassic Park movie—with this franchise looking to bring everything full circle. Though this thing is marketed as a sci-fi spectacle, I’m hoping that there’s also some room for thought when it comes to science and humanity’s responsibility to the environment—now that they brought dinosaurs back.

From Jurassic World architect and director Colin Trevorrow, Dominion takes place four years after Isla Nublar has been destroyed. Dinosaurs now live—and hunt—alongside humans all over the world. This fragile balance will reshape the future and determine, once and for all, whether human beings are to remain the apex predators on a planet they now share with history’s most fearsome creatures.

Catch Jurassic World: Dominion when it hits theaters on June 10.