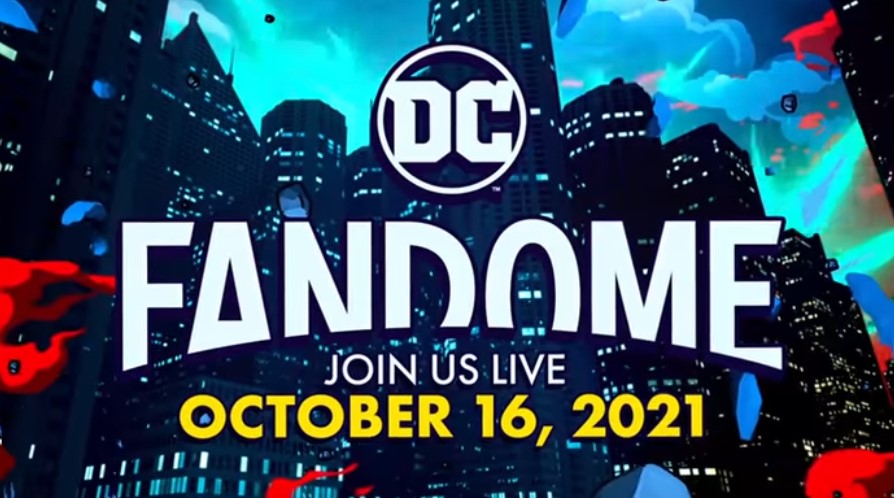 Though events like the San Diego Comic-Con floundered in their first stab at a virtual convention, DC was able to set a new standard when they held FanDome. Now DC FanDome is set to come back in October, and we have the official announcement.

Watch the announcement video for FanDome down here:

Note that FanDome is a free virtual event and we’ll be able to get a look at every other big DC project coming our way. DC FanDome 2021 promises to bring us a new trailer for Matt Reeves The Batman, plus a look at Black Adam, The Flash, DC’s League of Super Pets, Aquaman and the Lost Kingdom, and Shazam! Fury of the Gods.

On the TV side of things, we should also get our first look at the Suicide Squad spinoff Peacemaker directed by James Gunn; as well as other titles like Titans, Batwoman, and Superman & Lois. We’re also going to get new looks at the upcoming Suicide Squad and Gotham Knights games as well as a Batman/Fortnite event.

Hopefully we also have some official announcement for rumored projects like the Black Canary spinoff starring Jurnee Smollett. And though it could be a long shot, I would love for DC to revisit David Ayer’s Suicide Squad and release his cut of the movie. Though there’s a chance that it wouldn’t be great, I would love to see Ayer’s original plans for the film, plus Jared Leto’s real performance as the Joker.