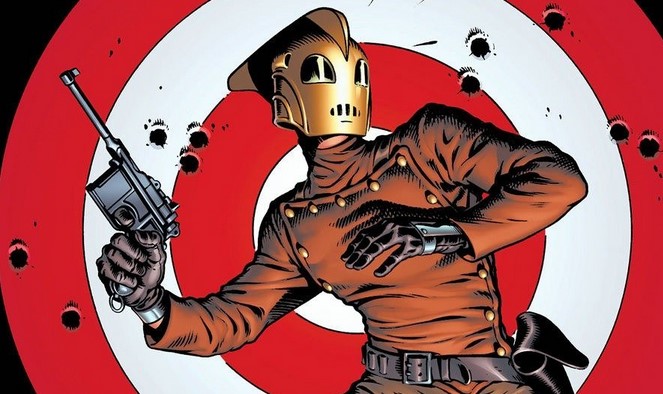 Disney may have the heroes of the Marvel Universe to work into movies and series, but the studio does have one non-Marvel superhero IP that’s primed for a comeback; and now it looks like they have a star.

As per Deadline, Disney is going forward with their Rocketeer sequel, The Return of the Rocketeer for Disney+, and the movie has David Oyelowo (Selma) possibly attached to star. Oyelowo (along with his wife Jessica Oyelowo) are also producing the film under their Yoruba Saxon banner, and the script will come from Ed Ricourt.

The original Rocketeer came out in 1991 and was directed by Captain America: The First Avenger helmer Joe Johnston. The movie is actually based on a comic that was created by Dave Stevens in 1982. The story follows a young pilot who finds a prototype jetpack that lets him fly around and become a superhero; I guess it’s kind of a bland power when it comes to modern superheroes, but he also carries a gun.

When it comes to the sequel, the story is said to focus on a retired Tuskegee airman who then takes up the Rocketeer mantle. So far that’s all we have of the story, but we should get more news as development comes along.

The Rocketeer is considered to be a cult classic, and the design of the costume is iconic in pop-culture. With the story taking place around the WW2 era, we should expect the sequel to be a period piece as well. I mean, they could go modern with the era, but with the way supeheroes are so saturated nowadays, the Rocketeer kind of just feels like a watered-down Iron Man. The limitations of a period era could make for some more exciting challenges for this new generation of Rocketeer.

No release date has been set for The Return of the Rocketeer.