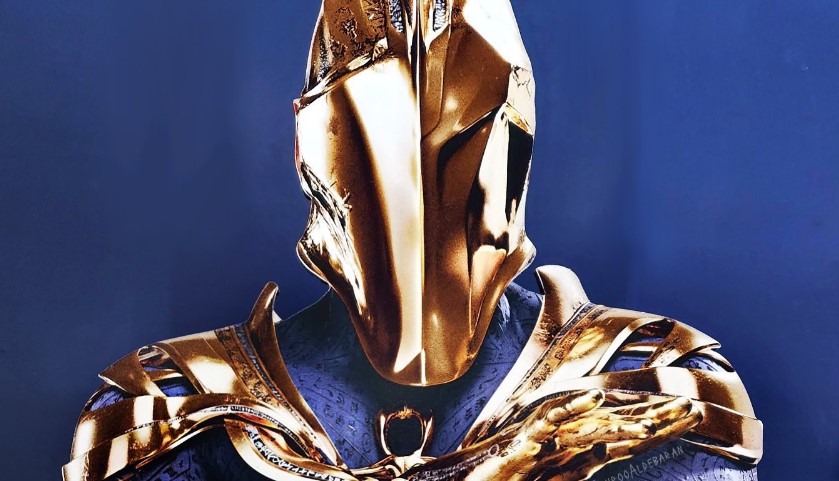 Black Adam may be the nemesis of Shazam, but he’s going to be taking on the Justice Society of America in his own solo movie. The film boasts a full JSA roster, and the Rock has shared a new poster of one Doctor Fate.

We don’t know exactly how large Fate’s role in the film is going to be, but it seems like he’s going to be the character that will try and get Adam to fight for the good side. While I would have preferred they kept Adam in the morally grey area when it comes to characters, I think Dwayne Johnson is pretty set on only playing ‘good guys’ in movies.

Going back to Fate though, the character has been teased for being the Doctor Strange of the DC Universe, what with all of his mystical powers. I guess when it comes to the difference, the helmet of Doctor Fate is considered to be sentient on its own, and it takes control of whoever is its host; unlike Strange who kind of just has an ego about him.

I guess his powers come from an Egyptian source, so you could also say that he has some Moon Knight elements when it comes to his entire deal.

Admittedly, I’m more excited to see the JSA team-up rather than Black Adam himself, but I am hoping that DC manages to pull off this film—especially with the Rock being so passionate about the character.