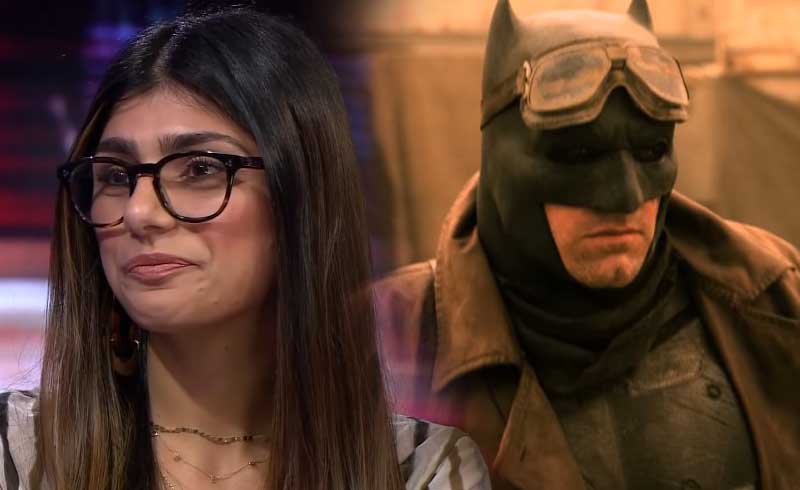 The internet never ceases to amaze. The debate on the quality of Zack Snyder’s DC movies has been going on for a while between fanboys, but one star managed to turn heads when she decided to share her comic book movie opinions.

A post criticising Batman’s ‘Knightmare’ attire was going around online, and while the usual suspects are fighting about it in the comments, ex-porn actress Mia Khalifa had decided to retweet the post defending Snyder’s creative take on Batman. Here’s what she said:

This timeline is post-apocalyptic… every other superhero is dead or on Darkseid’s …side (I don’t have time for syntax) https://t.co/7e21KcKagk

Her tweet earned thousands of likes, and Khalifa ended up trending with upwards of four thousand tweets.

Now Khalifa is being branded as a ‘Snyder Cultist’ by some fans, but on the other hand, she’s being embraced by members of the fandom. Even some people who are on neither side of the Snyder debate are just amused at the thought of a former adult actor arguing about comic book movies online.

For now, rumors are running rampant that DC is looking to reinstate the Snyder-verse with new management, but it’s too early to tell for sure. At this moment, WB is burning bridges trying to save $3 billion in costs, but some think that they could be jeopardizing their long-term assets with the way things are going.

As for Khalifa, she remains a beloved internet personality by many. Sure there are still some that are angry at her for religious reasons, but I am interested to see what other kind of pop-culture takes she has in the future.