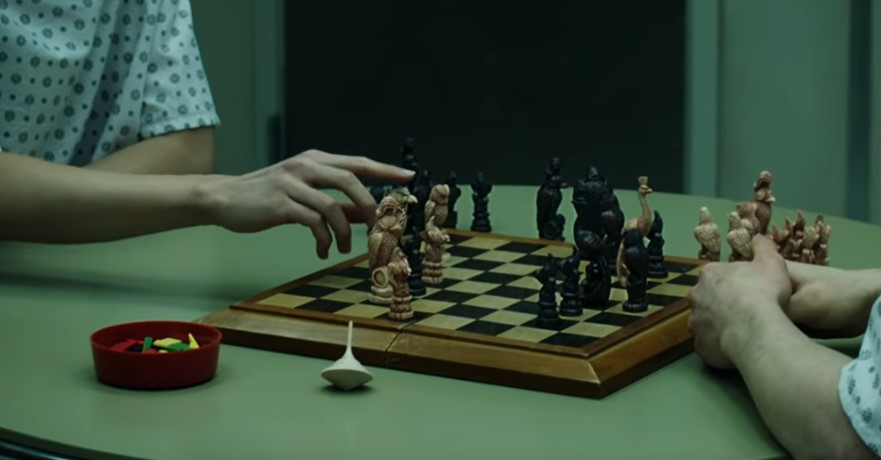 After the production had been stalled because of COVID-19, Stranger Things 4 is now back on track, and Netflix has dropped a new teaser which features the return of Matthew Modine’s Dr. Brenner.

Check it out the teaser for the fourth season of Stranger Things down here:

The clip pretty much brings us back to Eleven’s days in the ‘Rainbow Room’ and we also get to see the other children that were in the mercy of Brenner. We don’t know if these kids have powers as well, but as the second season has proven, the other kids in the room are likely to have their own special abilities.

On the surface, the Stranger Things teaser looks like a simple flashback, but there could be hints at what’s to come in Season 4. The chess pieces in the room look closer to that of the DnD figures that Mike and the gang play with, and there’s an ominous 8-ball saying ‘The Signs Point to Yes’, and there’s also a ‘marble drop’ game where the puck lands on “7” (there are already pucks on “4” and “8”). Eleven meets Kali (or Eight) in Season 2, so could this mean that we’ll meet Four and Seven this time?

Looking back at season 2 though, The Lost Sister was considered one of the weakest episodes of the season. Should the Duffer Brother decide to explore the kids from the Rainbow Room again, they should find the way to make the story more integrated with the rest of the season. If anything, it looked like they were ready to drop this thread of Eleven’s siblings in the last season, but I guess it would be interesting to come back to it.

Personally, I find the most impressive thing about Stranger Things is its ability to pay homage to retro pop-culture but still feel original at the same time. I don’t know where they could draw inspiration for this next season, but the first teaser with Hopper kind of felt like they were deriving from The Thing. I can’t wait to see what’s next.

No release date has been set for the premiere of Stranger Things 4, but the show is expected to come back to Netflix this year.