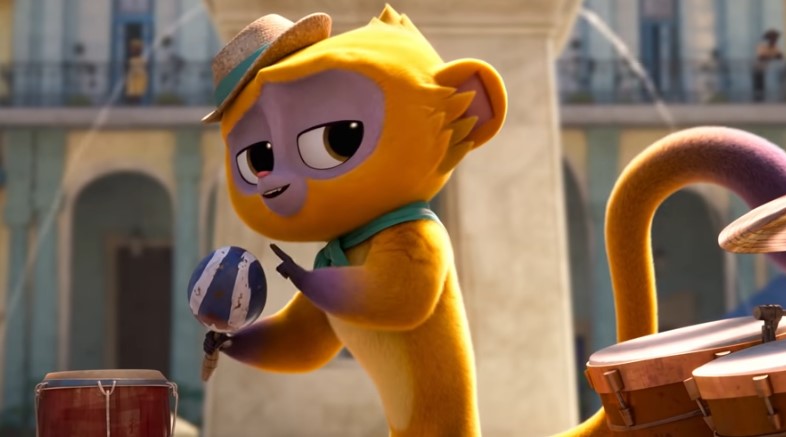 After the release of The Mitchells vs. The Machines on Netflix, Sony Pictures Animation is once again teaming up with the streaming service for their next film Vivo.

Here the teaser for Vivo:

The official description of the film reads:

An animated musical adventure that follows VIVO, a one-of-kind kinkajou (aka a rainforest “honey bear,” voiced by Miranda), who must find his way from Havana to Miami in order to deliver a song on behalf of his beloved owner and mentor Andres (Buena Vista Social Club’s Juan de Marcos Gonzáles).

On the surface the film feels like a mix between Rio and Coco, but hopefully it manages to find a unique voice that will set itself apart.

Other actors in the project include Gloria Estefan, Zoe Saldana, Michael Rooker, Bryan Tyree Henry, and Leslie David Baker. The movie is also being directed by Kirk DeMicco (The Croods) and Brandon Jeffords (Cloudy with a Chance of Meatballs 2).

The film touts itself as Sony Animation’s first musical, and will also feature original songs from Miranda himself. We don’t get to hear any of that in the teaser, but hopefully we don’t have to wait too long; a trailer released now could mean that the movie could premiere in a few months. Hopefully we don’t have to wait until the end of the year.

No release date has been set for Vivo, but you can watch Sony’s fantastic The Mitchells vs. The Machines now on Netflix.