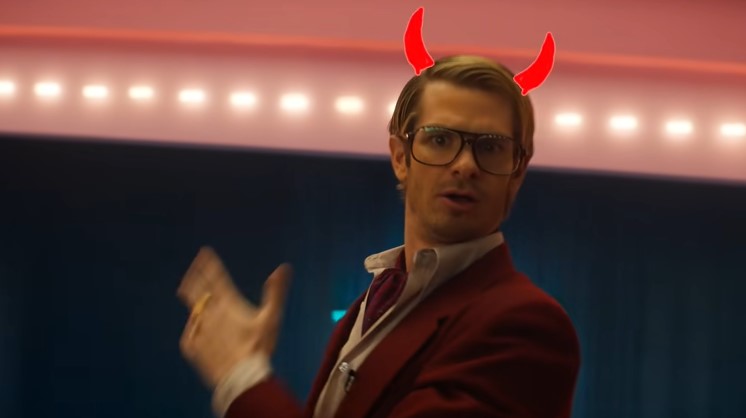 While everyone is waiting for confirmation of Andrew Garfield in Spider-Man: No Way Home, he’s teamed up with Maya Hawke and director Gia Coppola for his next film, Mainstream. Just in, we have a new trailer for the film, and it has Garfield playing a viral internet celebrity.

A young woman (Maya Hawke) thinks she’s found a path to internet stardom when she starts making YouTube videos with a charismatic stranger (Andrew Garfield) – until the dark side of viral celebrity threatens to ruin them both.

Besides Garfield and Hawke, the movie also has a cast that includes the likes of Nat Wolff, Jason Schwartzman, and Johnny Knoxville (of Jackass fame).

This movie looks to be a second for Coppola (who is the granddaughter of Francis Ford Coppola) and will be a dark take on the current social media climate. It’s very interesting that Garfield should be cast as one of his big breaks was a role in The Social Network, and—though it’s a stretch—Maya Hawke did star alongside Joe Keery in Stranger Things; Keery having recently played another psychotic internet star in the 2020 film Spree.

While there are a lot of films that are already addressing the state of social media, this looks to be some kind of Pandora’s Box story—and I’m all here to watch Andrew Garfield go crazy. He looks like a lot of fun in the trailer, and I’m sure this will go some very dark places with some very interesting visual language.

Mainstream is set to come to theaters and VOD on May 7.