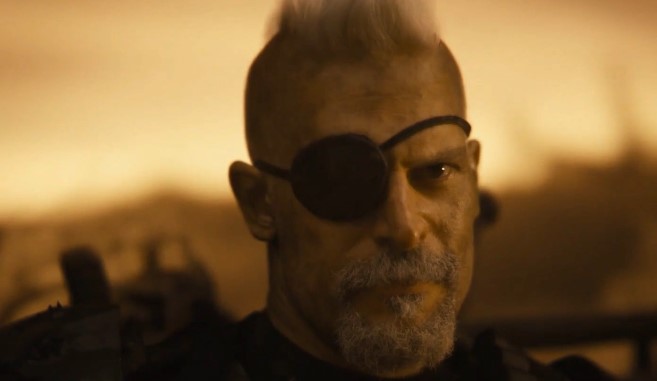 While WB may not be interested in #RestoreTheSnyderVerse, there are a lot of people who want the original DC plans to push through; one of them being Deathstroke actor Joe Manganiello. Manganiello has recently revealed some original plans for his character Slade Wilson back when Zack Snyder’s Justice League was about to release. Now he’s showing support for a fan movement to give Deathstroke his own HBO Max series.

Manganiello shares this article about the #DeathstrokeHBOMax movement:

Manganiello has also shared more images of himself in the Knightmare Deathstroke get-up from Justice League captioned with the hashtag.

Originally, Ben Affleck’s solo Batman movie was set to have Deathstroke as the main antagonist trying to destroy the Batman’s personal and professional life after he learns his secret identity. We don’t know how it all would have come down, but Manganiello seemed to have been enthusiastic about the project—much like everyone was before the whole Justice League fiasco.

Though Robert Pattinson is expected to be the new Batman of the big screen, a lot of fans were hoping that Batfleck’s story could be used as content for an HBO Max series. We don’t know the exact logistics of what it would take to really #RestoreTheSnyderVerse, but with the hashtag reaching more than a million tweets, this shouldn’t be something WB can just ignore.

We don’t know if a Deathstroke series will eventually be greenlit, but you can catch Slade Wilson alongside Batman and Joker in Zack Snyder’s Justice League now on HBO Max.