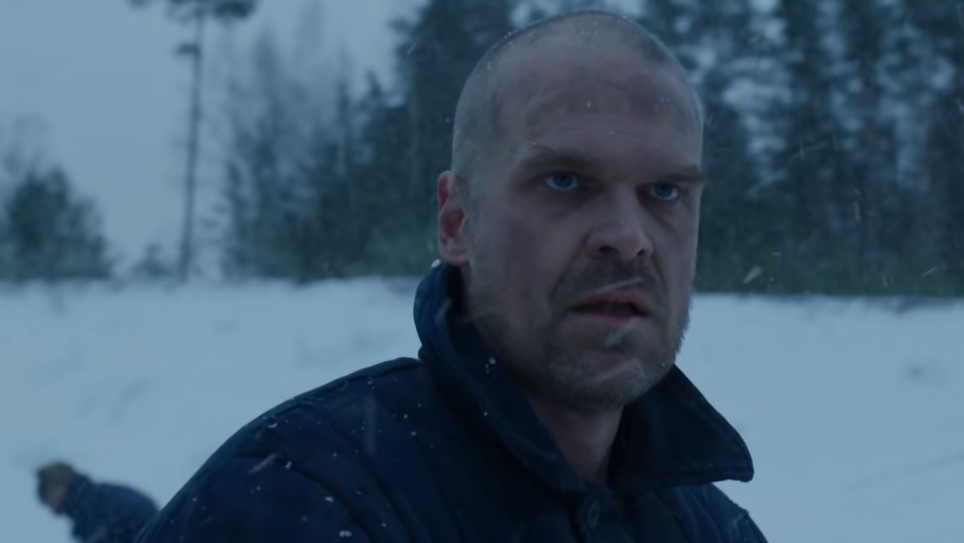 Being one of the biggest shows on Netflix, Stranger Things was in the middle of production when they had to shut down because of the Coronavirus. With Hollywood slowly getting back on its feet though, fans of the show will be glad to know work has once again started for the people of Hawkins.

The plot for the fourth season of Stranger Things is still under wraps, so all we can really do is guess with what’s been revealed. The shot here is that of a grandfather clock, and the blue tint could mean that it’s somewhere in the Upside Down. Then again, it could just be a dark room.

Besides this, we know that Hopper (or some Hopper clone) is alive somewhere in Russia. We don’t really know what happened there, but people theorize that he was teleported by the big explosion to Russia rather than disintegrated.

This is also just my guess, but what if Hopper actually travelled back in time during the explosion as well, and that’s how the Russians know about the tear between dimensions. I mean, if we already had callbacks to IT, Terminator, and E.T., I have a feeling Back to the Future could be referenced next. My guess is just as good as anyone’s.

Though production has started, we shouldn’t rule out any cancellations due to COVID-19. Hopefully the production is trying its best to keep everything safe.

No release date has been set for Stranger Things 4, but we should expect it to come back to Netflix sometime in 2021.