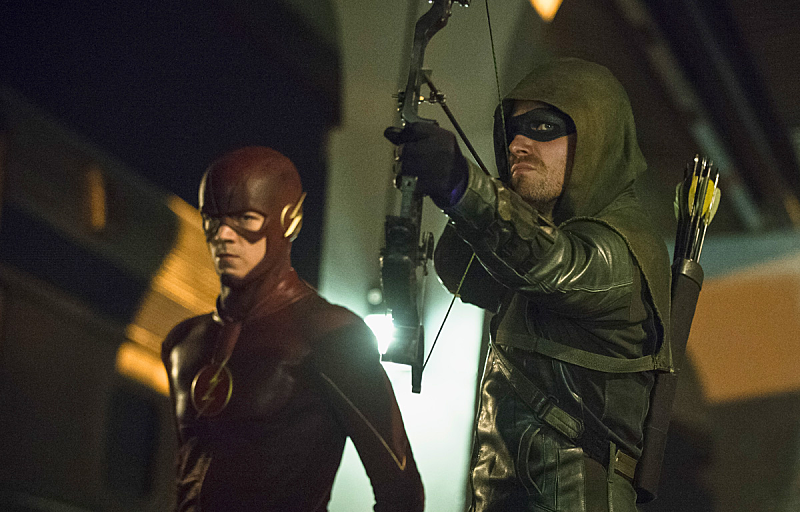 Again, the actors in the Arrowverse love to tease and as of late Stephen Amell has been on a roll. He’s previously teased the Arrow Season 5 premiere being awesome, and offered hints as to what fans can expect. A potentially amazing fight sequence and a “salt and pepper” haired Oliver Queen aren’t all audiences should look forward to this fall. During a Facebook Live chat, Amell’s response to a question regarding The Flash’s Flashpoint storyline put fans in a frenzy.

How do four remarkably simple words encourage such hoopla? Well, the first answer would have to be in addressing that many believe the show is in need of a change of course. For various reasons, Arrow has suffered in many regards the last couple of years. Thus, there’s hope, perhaps a yearning, for the Flashpoint storyline to rearrange, if not reset, the show in some respects.

It may be that if Barry’s decision does impact the show, it will be on a limited scale. Certain details have definitely confirmed a few particular narrative beats in Arrow’s Season 4 are here to stay. Let’s remember what all Harrison Wells frequently tell Barry Allen: Certain events happen, because the universe wants them to. Laurel’s death may be one such event. If so, there is still a way to make Flashpoint-reset changes without entirely erasing the past. How that will work, should the show indeed take that route, will be up for debate until its return this fall on October 5.