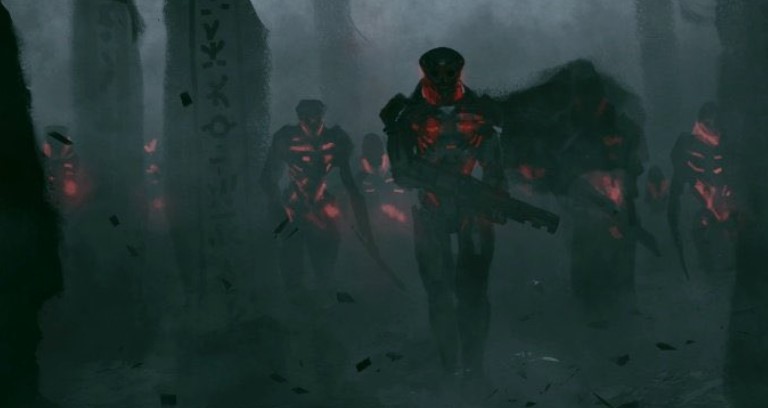 Fans may be desperate to #RestoreTheSnyderVerse, but Zack Snyder has been hard at work with an original property called Rebel Moon for Netflix. Principal Photography hasn’t started yet, but we do get a look at some concept art for what is said to be Snyder’s version of Star Wars.

This was shared on Snyder’s Vero with the caption “Rebel Moon concept art… we are in full swing heading toward principal photography in a few months.”:

We don’t know who these figures in the dark are, but I can imagine them as Snyder’s version of stormtroopers in this world. If anything, some people are already comparing the appearance to Cyborg from Justice League as well as Zod in Snyder’s first DC film, Man of Steel.

With Snyder being known as a visual filmmaker, I’m excited to see what kind of sci-fi world he can build when he’s given the freedom to do so. Then again, still has a problem when it comes to narrative, and after Suckerpunch and Army of the Dead, I’m hoping that Rebel Moon will at least have a better story.

Here’s the synopsis of Rebel Moon (via Deadline)

No release date has been set for Rebel Moon, but I suspect the film will hit Netflix sometime early 2023.