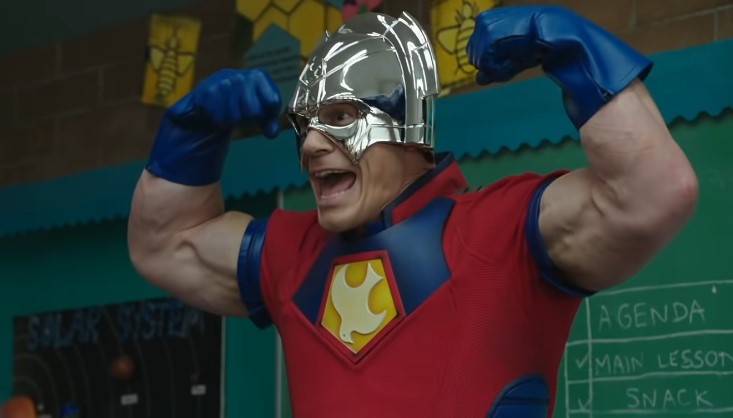 The end of James Gunn’s The Suicide Squad had teased the survival of Peacemaker (John Cena), and though he turned out to be the surprise villain in that movie, it looks like Gunn will be giving him a redemption arc when it comes to his own spinoff show.

Just in, a Red Band trailer has been dropped for Peacemaker, and it should keep us hyped until the release of the series next week. Watch the trailer down here:

While I was expecting some more violence with the trailer, it just seems that there’s a lot more swearing in the series. Then again, this is James Gunn we’re talking about, and if you’ve seen Slither or Super, you’ll know he has a penchant for body horror and gore; you can even say that he was holding back when it came to Suicide Squad.

Personally, I thought Peacemaker was a good one off character, and it made sense for him to be the surprise antagonist of Squad, taking his beliefs—which seemed like a joke at first—and turning him into a real hurdle, even costing the team Rick Flagg.  Even if that was the case, it seems that Gunn wants to do more with Christopher Smith, and he’s probably going to be milking some good jokes out of this ‘f*cked up version of Captain America’.

For now, Peacemaker is expected to set the bar for upcoming DCEU shows, and the success of the series will be a gauge for how fans will react with the release of Batgirl.

Catch Peacemaker when it premieres on HBO Max on Jan. 13.