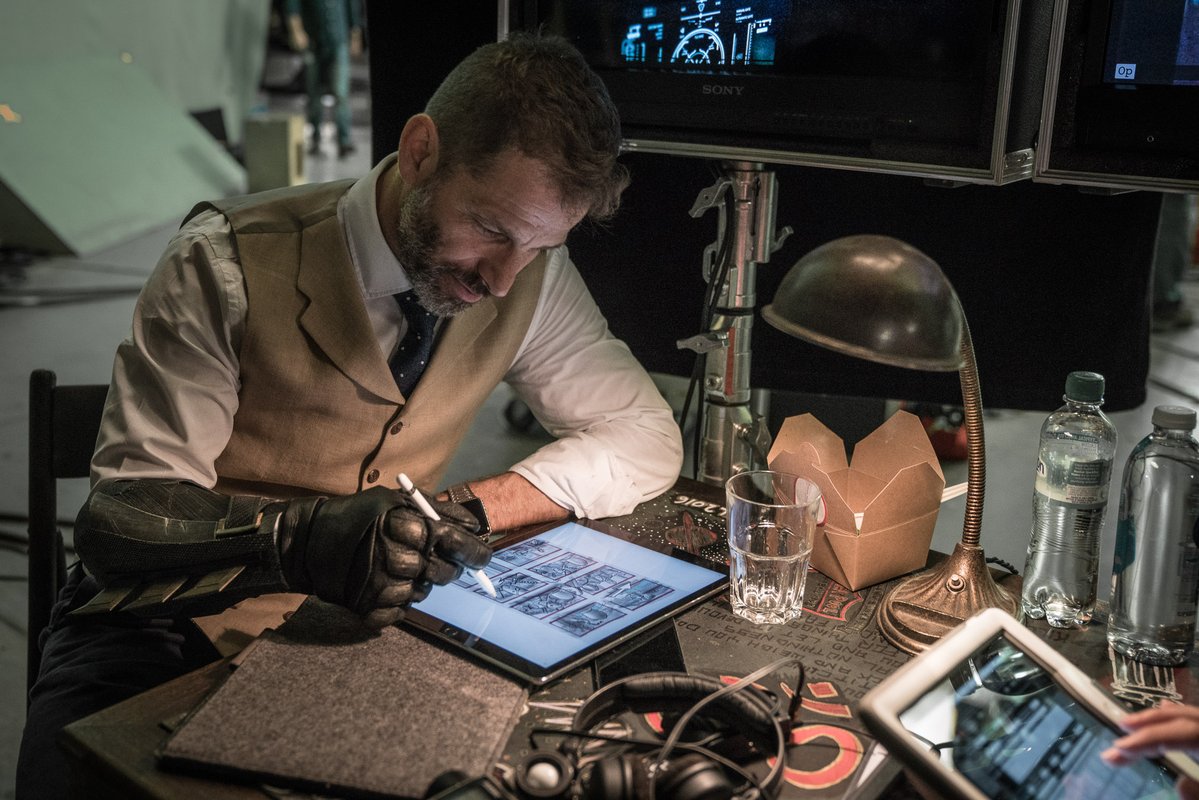 Justice League director Zack Snyder has posted a behind-the-scenes image of him storyboarding a sequence on set, which appears to include Deathstroke.

Whilst Snyder can be seen partially dressed up in Ben Affleck’s Batman costume, he is also clearly working on a storyboard of some kind. Upon closer examination, and by flipping the image around a bit, you can make out a figure which bears a strong resemblance to Slade Wilson. How so? Well, it’s a guy wearing an eyepatch with swords on his back. It’s got to be him, right?

If this illustration is indeed Slade Wilson, it would seemingly confirm that not only is Joe Manganiello’s Deathstroke (supposedly) the main antagonist of the solo Batman movie, but he will also show up in Justice League. Unless, Snyder is just straight up storyboarding a sequence for Affleck’s solo flick. Maybe that’s why he’s wearing one of Batman’s gauntlets? As with any cryptic image of this nature, speculation will run rampant. DC fans are probably examining the image at this very moment looking for easter eggs.

It wasn’t too long ago that Snyder posted an image of Batman’s “Tactical” suit from Justice League. He likes to tease us doesn’t he? That’s a bit of an understatement when you consider he revealed footage of Justice League at San-Diego Comic-Con this year, mere weeks into filming. As production moves forward, we’ll no doubt be hearing more about this superhero epic. Just keep an eye on Snyder’s Twitter.

“Fueled by his restored faith in humanity and inspired by Superman’s selfless act, Bruce Wayne enlists the help of his newfound ally, Diana Prince, to face an even greater enemy.  Together, Batman and Wonder Woman work quickly to find and recruit a team of metahumans to stand against this newly awakened threat.  But despite the formation of this unprecedented league of heroes—Batman, Wonder Woman, Aquaman, Cyborg and The Flash—it may already be too late to save the planet from an assault of catastrophic proportions.”