Justice League is just over a year away, but that isn’t stopping Zack Snyder from revealing more information. In a tweet from the Batman v Superman director, Snyder reveals a new look for the Caped Crusader. It’s brand new getup for Batman he calls the “Tactical Batsuit.” The suit itself looks awesome and appears to be the amalgamation of the current suit and the Nolan variant. Having a more armor-like appearance than the previous one in Batman v Superman. 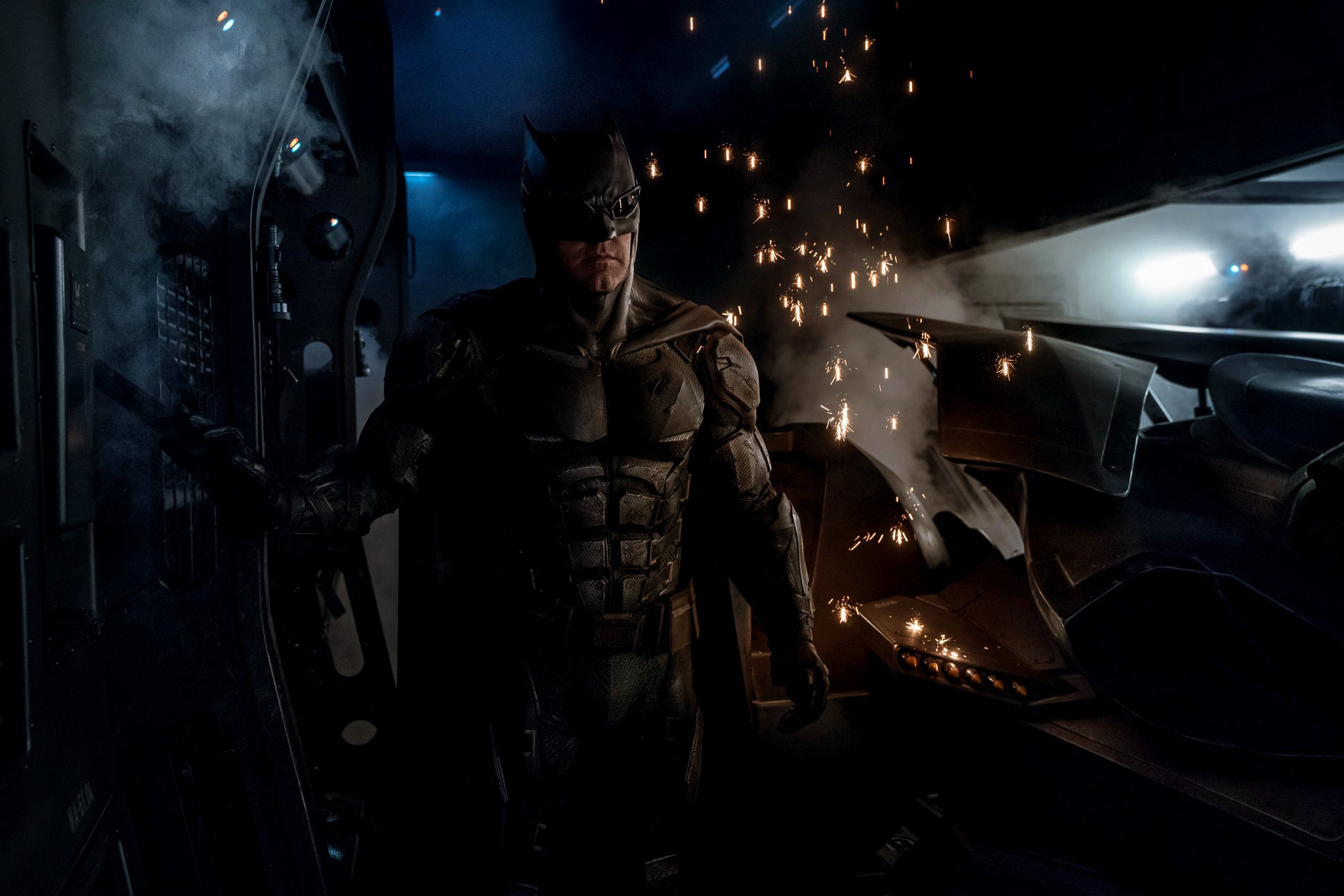 The tweet is more than just a pretty picture. It reveals Ben Affleck is wrapping up his scenes in the suit, the caption reads: “Homestretch. Last day filming Batman in the new Tactical Batsuit.”

Batman v Superman split critics and fans alike, but almost all universally praised Affleck’s portrayal of the Dark Knight. The actor perfectly embodied a tortured, battle tested, and gritty Batman. One that saved the movie for a lot of fans.

On top of his great performance as the hero of Gotham, Warner Bros. gave Affleck his own Batman movie. The solo Batman movie will be directed by Affleck and he will share writing duties with Geoff Johns. More information surfaced when Affleck sent the internet into a tailspin with a cryptic video on his Twitter. Showcased was someone in a Deathstroke costume, walking dramatically into frame. After a week of speculation, it was finally confirmed that Deathstroke will be in the Batman movie, and Joe Manganiello will play the iconic villain.

Many were surprised to see a first look at the Justice League at San Diego Comic Con this past summer. The footage showed off the Justice League, revealing a completely new direction for the DCEU. It offered a much lighter tone; the trailer alone had more jokes in its two minute run-time than the entirety of BvS. It really hit a chord with fans, and many applauded WB and DC Films for the new direction.

With so much time until Justice League comes out, it’s fun to have these little sneak peeks into the film Snyder is crafting. It seems the studio is listening to fans and learning from its mistakes.