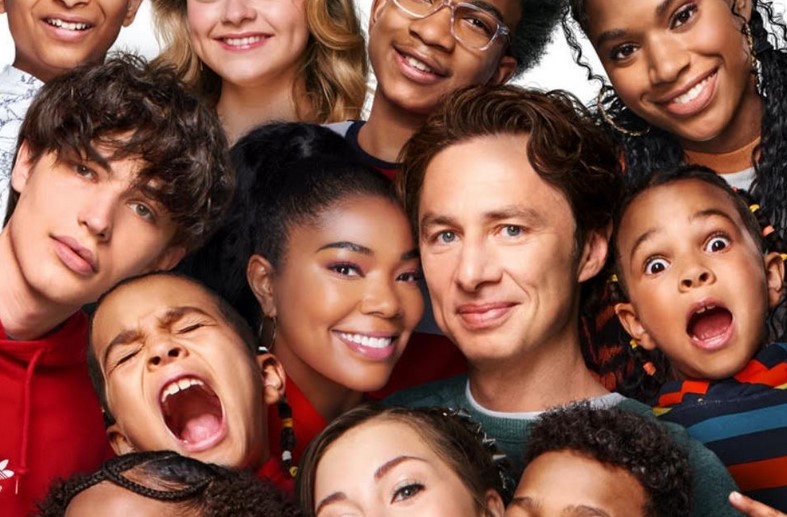 20th Century Fox had remade Cheaper by the Dozen back in 2003, and with the Disney merger, the House of Mouse is ready to give their own spin on the massive Baker family.

Here’s the first trailer for Disney’s Cheaper by the Dozen:

The 2003 film is actually a remake of a 1950 film which was an adaptation of a 1948 book by Frank Bunker Gilbreth Jr. and Ernestine Gilbreth Carey. The book is titled after a joke in which a pedestrian asks Gilbreth why the family had so many kids, and to which they would reply, “Well, they come cheaper by the dozen, you know.”

For this remake, it looks like Disney is giving the Baker a family a new spin in that Ma and Pa Baker actually had families before they got together, and they managed to get to 12 by counting all of their kids combined. For now, the movie is counting 10 children, but I guess that could mean that we could have twins incoming? It’s kind of weird counting the two dogs as kids, but I guess some people do that nowadays.

Growing up on the Steve Martin movie, I’d say that Cheaper by the Dozen doesn’t really need a remake, but Disney did the same with Home Alone, so you can’t stop them from trying. I guess this new dynamic does have potential for more representation, and it should be an interesting take on the big modern family.

Cheaper by the Dozen hits Disney+ on March 18.