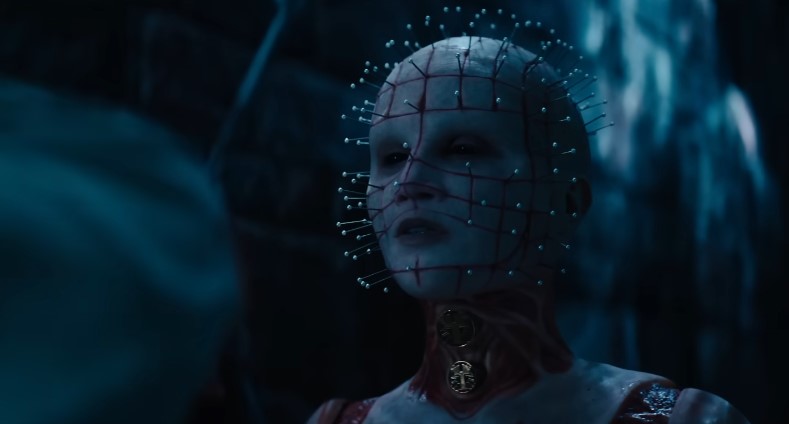 September is almost over, which means we’re getting closer to the Halloween season; making it the perfect time for Hulu to show us their reboot of the cult Hellraiser franchise.

In “Hellraiser,” a young woman struggling with addiction comes into possession of an ancient puzzle box, unaware that its purpose is to summon the Cenobites, a group of sadistic supernatural beings from another dimension.

The film is directed by David Bruckner, whose movies include The Ritual on Netflix as well as V/H/S.  Clive Barker, who was the director of the original Hellraiser, is also attached to the film as a producer.

The Hellraiser films have always been cult hits, and though you haven’t seen the movies, I’m sure that you’ve run into one of the series’ main icons which is Pinhead. They gave the character a huge overhaul for the show, but it’s very interesting to see how much the design has evolved, from the intricate costumes to the body mutilation that suggests each Cenobite is in a perpetual state of pain.

I have to admit, it’s kind of hard to take the franchise seriously after that one Rick and Morty episode, but I’m sure this reboot is going to go back to the roots of the horror franchise and tap into a more primal fear—the same thing that Barker was going for when he made his original film.

Catch Hellraiser when it premieres on Hulu this Oct. 7.