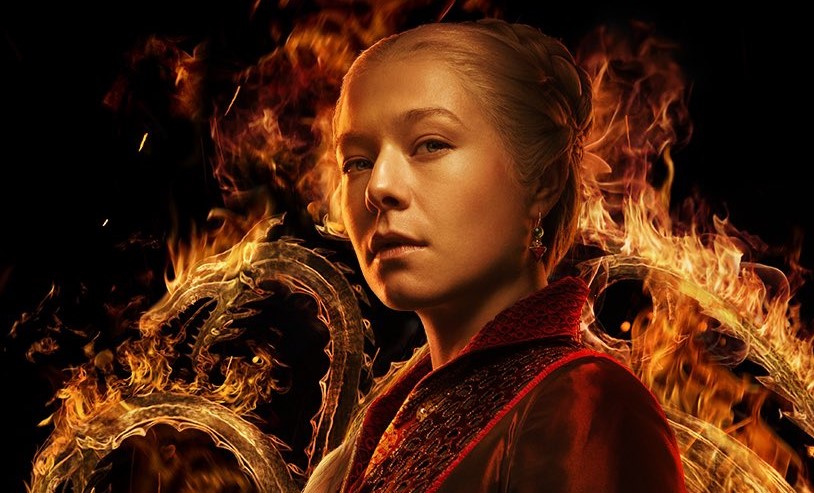 Milly Alcock has become an instant fan favorite with her take as Rhaenyra Targaryen on House of the Dragon, but the show is set to make a huge time jump and have an older actress play the part of the would-be queen.

Just in, HBO has given us a look at Emma D’Arcy’s Rhaenyra, accompanied by her husband Laenor (John Macmillan) in this new clip:

Here’s your first look at Emma D’Arcy and John Macmillan in next week’s episode of #HouseoftheDragon. And I’m just getting started. #HBO50 pic.twitter.com/iD9OLz5AVF

The scene seems to be right after Rhaenyra gives birth to a child, but we have her and Laenor fussing over showing the baby to someone. The clip doesn’t really specify who, but I can imagine that it would be the queen Alicent, but maybe it could also be Laenor’s mother Rhaenys.

Though it’s sad to see Alcock and Emily Carey go, I think they’ve done their job in having the audience endeared to their characters and contextualizing the relationship between the queen and her best-friend-turned-step-daughter. The series may have started in an era of decadence, but now audiences are gearing up for some incoming violence that is the Targaryen Civil War (or The Dance of Dragons).

Personally, I kind of want to see the state of King Viserys’ character at this time. Though he isn’t really a good king, he is a pretty noble character, and it’s a shame to see him become pulled around by all these responsibilities and power players. We know he’s going to die soon, but Paddy Considine has done one hell of a job.

Catch the next episode of House of the Dragon  when it premieres on HBO Max this Sunday.