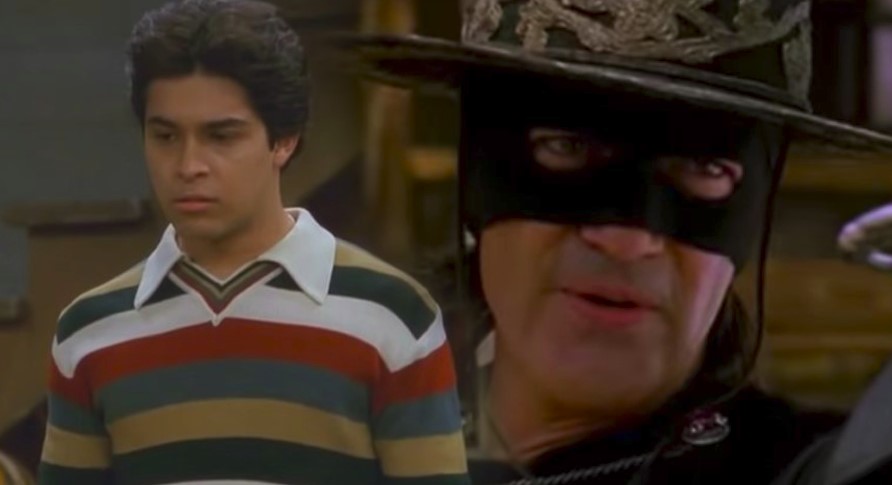 It was 1998 the last time that Zorro had become a huge property for general audiences, and though Antonio Banderas was never really able to do a great follow-up, it looks like Disney is ready to bring back the original swashbuckling, comic hero.

According to Variety, Disney Branded Television is now working on a new Zorro project, and the series has cast Vilmer Valderrama (That 70s Show) as the lead Don Diego de la Vega.

The show is actually a reimagining of the original Zorro series that aired back in the 50s, and it starred actors Guy Williams, Gene Sheldon, George J. Lewis, and Henry Calvin. Check out the intro:

President of Disney Branded Television, Ayo Davis, had this to say about the upcoming series:

“We’re reimagining this Disney classic as a compelling period piece, set in Pueblo de Los Angeles, but told in a very modern telenovela style — with richly drawn contemporary characters and relationships set against the action, drama, suspense and humor of the original, iconic Zorro… Wilmer shares our commitment to reflect the interesting and rich diversity of the human experience and we look forward to delivering a culturally relevant and entertaining story with definitional characters that will connect with our viewers for generations to come.”

Though the 1998 film was a fun ride, it did have some whitewashing problems –particularly Anthony Hopkins cast as the original Zorro. With Disney being more sensitive to social issues now, I’m excited to see what they could bring to a Zorro revival.

No release date has been set for the new Zorro series.