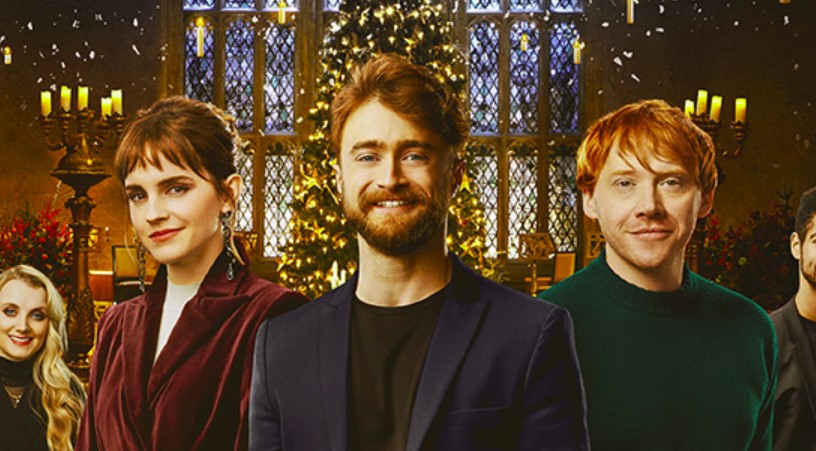 After the success of the Friends reunion, HBO Max is now looking to return to Hogwarts 20 years after the release of the first Harry Potter movie. Harry Potter 20th Anniversary: Return to Hogwarts is set to debut on New Year’s Day, and fans get an official poster with returning cast members Daniel Radcliffe, Rupert Grint, and Emma Watson.

Check out the Harry Potter poster down here:

With the Fantastic Beasts films at an all-time low after the release of Crimes of Grindelwald, the Potter films continue to be a solid franchise that still manages to captivate new generations of audience members. We don’t know how long the Wizarding World will manage to hold interest throughout the years, but if Star Wars can manage to be as relevant today as it was 50 years ago, then I’m sure some adults in 2050 will still be talking about getting their letters to Hogwarts and buying their wands in Diagon Alley.

Daniel Radcliffe, Rupert Grint and Emma Watson join other esteemed cast members across all eight Harry Potter films as they travel back to Hogwarts for the first time to celebrate the anniversary of the franchise’s first film, Harry Potter and the Sorcerer’s Stone, which premiered 20 years ago this year. The retrospective special Harry Potter 20th Anniversary: Return to Hogwarts will tell an enchanting making-of story through all-new in-depth interviews and cast conversations, inviting fans on a magical first-person journey through one of the most beloved film franchises of all time.

Catch Harry Potter 20th Anniversary: Return to Hogwarts when it streams on HBO on Jan. 01, 2022.