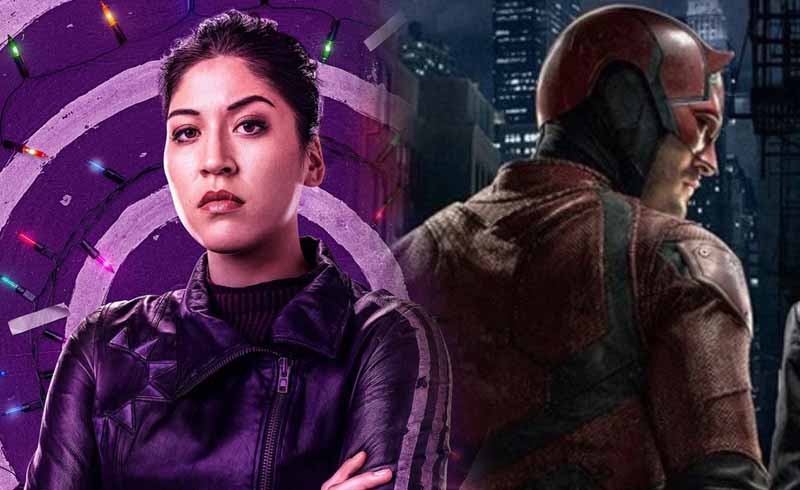 Maya Lopez may have been a secondary character in Hawkeye but Disney is set to give her a solo series in the form of Echo. So far we only know that Alaqua Cox is returning, but word is going around that we could see some fan favorites from Marvel Netflix show Daredevil.

As per The Direct, this information comes via the resume of costume designer Stacy Caballero. Caballero had listed down some productions where she worked at, and under the entry for Echo, the cast was listed: Alaqua Cox, Vincent D’Onofrio, and Charlie Cox.

Caballero was said to have made her Instagram private and has removed any mention of Echo in her resume, but the buzz is already going around that the Kingpin of Crime and the Man without Fear could be showing up in Echo.

If you think about it, an appearance from both Wilson Fisk and Matt Murdock could make a lot of sense. With Fisk clashing with Maya at the end of Hawkeye, it’s very likely they could see each other again in Echo—as they are “family”. As for Daredevil, I would imagine his involvement mainly concerns Kingpin, but seeing that he shares a common trait with Maya as they are both handicapped heroes, maybe there’s a chance for Matt Murdock to be a new kind of mentor.

After his appearance in Spider-Man: No Way Home, I would imagine that Matt would want to get Maya out of trouble, especially since she’s related to the Kingpin. Let’s not forget she was also actively running the gang that was going after Hawkeye, so she’s not an innocent bystander.

Then again, this is all just speculation based on a rumor. Until we get an official update, all we can really do is wait.

No release date has been set for Echo, but you can catch Maya Lopez on Hawkeye now streaming on Disney+.